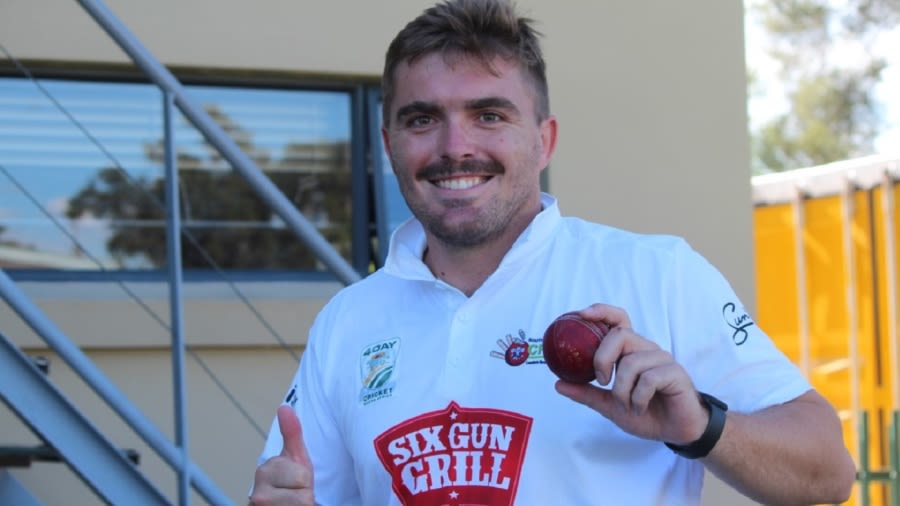 Sam Whitehead, a South African spin-bowling all-rounder, achieved the uncommon accomplishment of picking up all ten wickets in a first-class innings, posting the highest numbers in South African domestic cricket in 115 years.

South Western Districts bowled Eastern Storm out for 65 in a chase of 186 in Division two of the 4-Day Franchise Series, with Whitehead, who represented South Africa at the 2016 Under-19 World Cup in Bangladesh, finishing with a brilliant 10-36.

The 24-year-old enjoyed a brilliant match overall, taking 5-64 in the Easterns' first innings and contributing 66 and 45 with the bat as his side wrapped up a 120-run victory on the third day of their clash at the Recreation Ground in Oudtshoorn.

Whitehead's figures are the second best in the history of domestic cricket in South Africa behind leg-spinner Bert Vogler, who took 10-26 for Eastern Province against Griqualand West in 1906.

The last bowler to pick up all 10 wickets in a first-class innings in South African domestic cricket was the seamer Mario Olivier, who took 10 for 65 for Warriors against Eagles in December 2007.