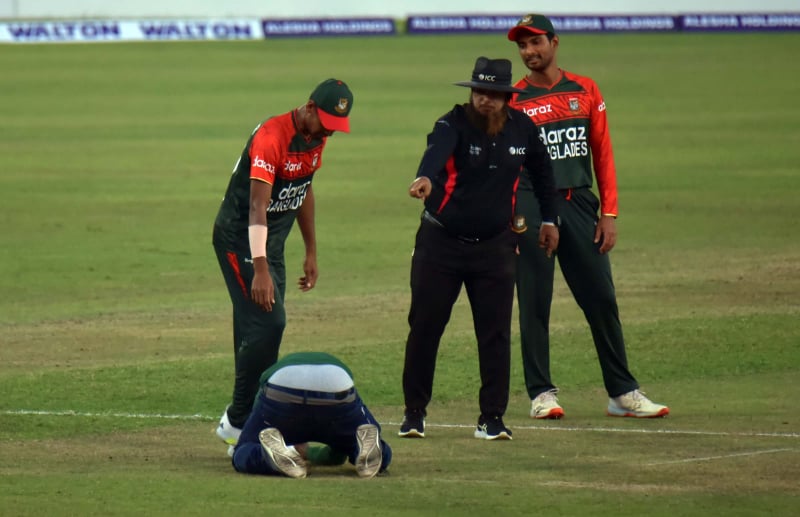 After a more than a year and a half absence caused by Covid-19, fans returned to the Sher-E-Bangla National Cricket Stadium. An incident of pitch invading occurred during the second T20I between Bangladesh and Pakistan.

During Pakistan's innings, a fan broke through the security barrier and surged near pacer Mustafizur Rahman. He snuck past four-five security guards and bow down the fast bowler's feet.

Mustafiz, on the other hand, failed to complete his overs, limping off the field in the 14th over with what appeared to be an injury after bowling only one delivery.

The left-arm pacer bowled 2.1 overs and claimed the wicket of Babar Azam early in the innings, surrendering only 12 runs.

Bangladesh lost the 2nd T20I against Pakistan by eight wickets with 11 balls remaining and as a result have now won the series 2-0 with one match remaining on Monday.