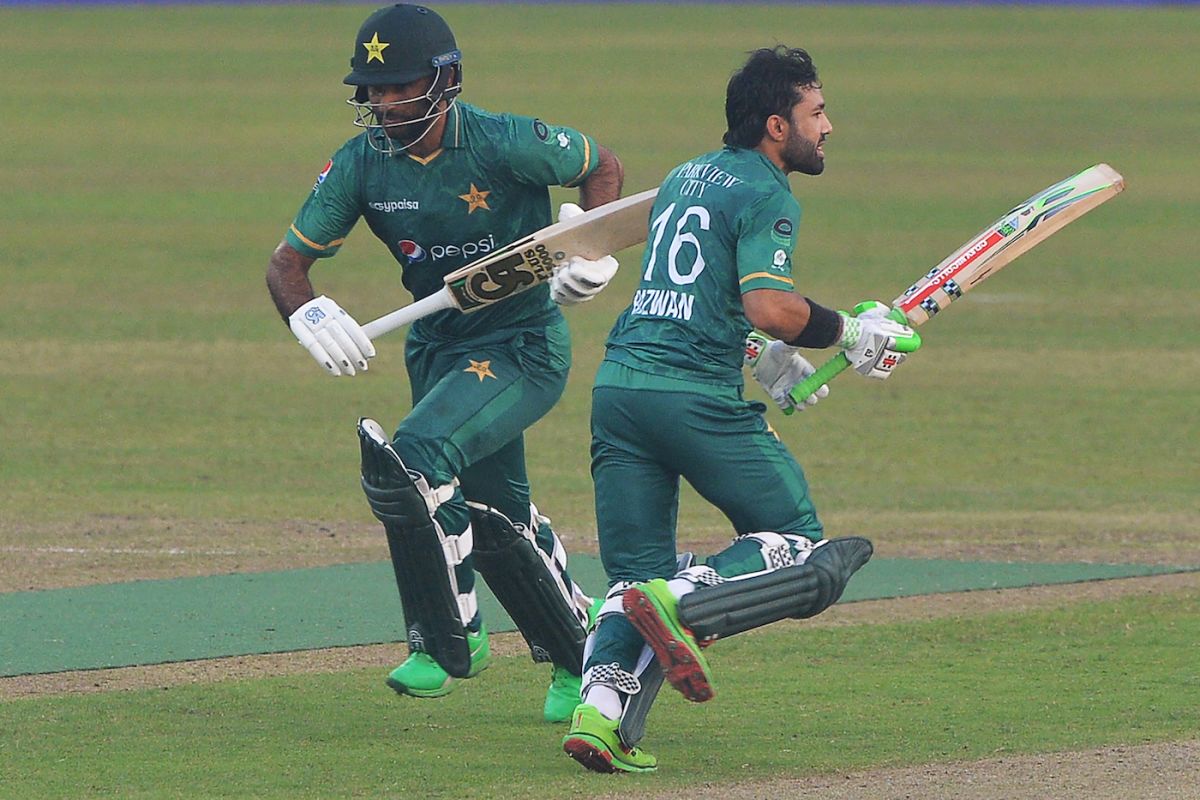 Pakistan have clinched the three-match T20I series against Bangladesh keeping one match in hand at the Sher e Bangla National Stadium, Mirpur on Saturday.

Fakhar Zaman’s fifty and Mohammad Rizwan’s 39 guided Pakistan to chase down 109 runs with 8 wickets and 11 balls to spare.

Left-arm pacer Mustafizur Rahman gave Bangladesh an early breakthrough as he castled Pakistan skipper Babar Azam (1) in his first over.

Fakhar took the lead from the front to add 85 runs with Rizwan for the second wicket stand. Fakhar was unbeaten on 57 hitting two fours and three sixes.

Rizwan scored 39 off 45 with four boundaries before being removed by Aminul Isalm Biplob with a catch to Saif Hassan.

Earlier, Bangladesh managed to score 108 runs for the loss of 7 wickets after opting to bat first.

Bangladesh made a patchy start in the powerplay yet again after electing to bat first. Opener Saif Hassan returned for naught in the very first over off Shaheen Shah Afridi.

Mohammad Naim (2) got out early playing a loose shot while chasing a wide delivery in the second over.

Then Najmul Hossain Shanto and Afif Hossain took the charge added 46 runs for the third wicket partnership. Afif played a knock of 20 off 21 aided by one four and a six before getting caught by keeper off Shadab Khan.

Skipper Mahmudullah was unimpressive as well as he played 15 before departing for 12 runs. The situation got worse after Shanto was dismissed in the 13th over. Shanto was the highest run-getter, scoring 40 off 34 deliveries with five boundaries.