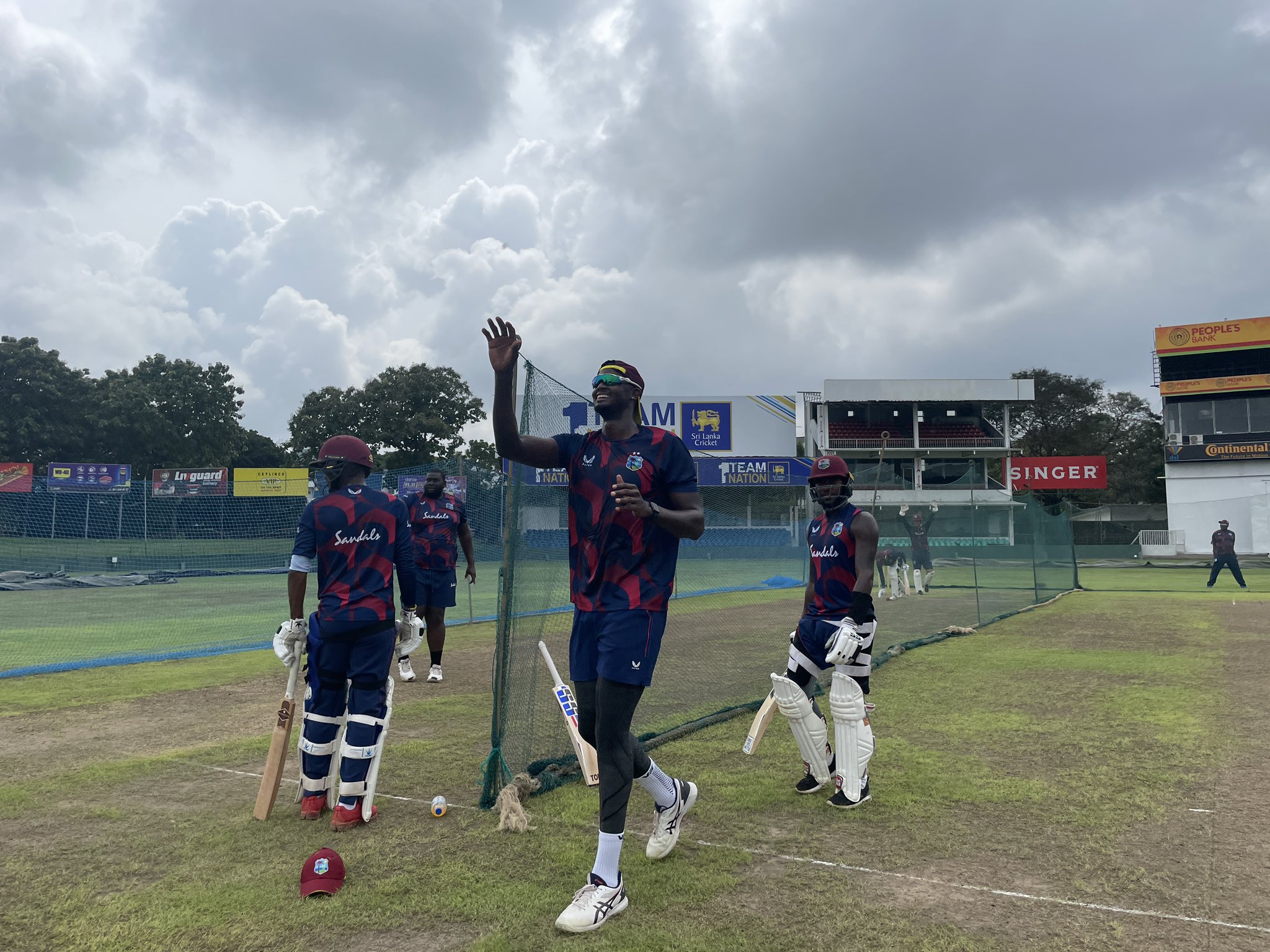 A resurgent West Indies are aiming for their first Test victory in Sri Lanka from Sunday, having failed to win on the island in three decades of trying.

In 11 attempts they have lost seven games and drawn four. Even when Brian Lara hammered 688 runs in a three Test series in 2001, they still lost 3-0.

But the West Indies have had a decent year in Test cricket, having beaten Bangladesh away and drawn home series against Sri Lanka and Pakistan.

Their win over Pakistan in Jamaica in August gave them the first points in the World Test Championship, while Sri Lanka are yet to open their account.

Jermaine Blackwood, one of the most experienced players in the side with 41 Test appearances, was confident of recording the elusive Test win in the two-match series.

Both games are in Galle, but without spectators.

"We came here to win. Our guys are hungry and you can see that in their eyes," Blackwood told reporters.

"We are a decent team and we are ready to break the shackles and win games this time around," he said.

They beat Bangladesh in February where conditions were similar, with tracks that kept low and turned, allowing spinners to come on early.

"Sri Lanka have quality spinners but we are ready for the challenge. If you see the series in Bangladesh when we won, it was played on similar conditions and we tackled their spinners well. Most of the guys who played in that series are here and we know what to expect," Blackwood said.

In white ball, Sri Lanka have axed half a dozen senior players but for Tests, the Lions are sticking with experience, particularly with a tough tour of India due in February.

Skipper Dimuth Karunaratne, former captains Angelo Mathews, Dinesh Chandimal and Suranga Lakmal are back in the squad and they are expected to play in both matches.

"(Karunaratne's) last knock in Test cricket was a double hundred. Angelo is one of the great players in the game. Suranga Lakmal is so crucial for us with the new ball and he is a wonderful player," coach Mickey Arthur told AFP.

"It's great to have them back and their experience is going to be vital."

Former Sri Lanka Under-19 captain Charith Asalanka is tipped to make his Test debut at his hometown after an impressive T-20 World Cup.

Arthur will want to sign off on a high note as this is his last assignment with Sri Lanka.

He is immensely popular in the island after he brought the best out of a young team during the T20 World Cup and was seeking an extension for his two year contract.

But Sri Lanka Cricket had other ideas, and Arthur is upping sticks for English county Derbyshire starting next season.

"I am happy I am leaving the team in a far better place than I found it. I see our players getting better and exciting times are ahead," Arthur said.