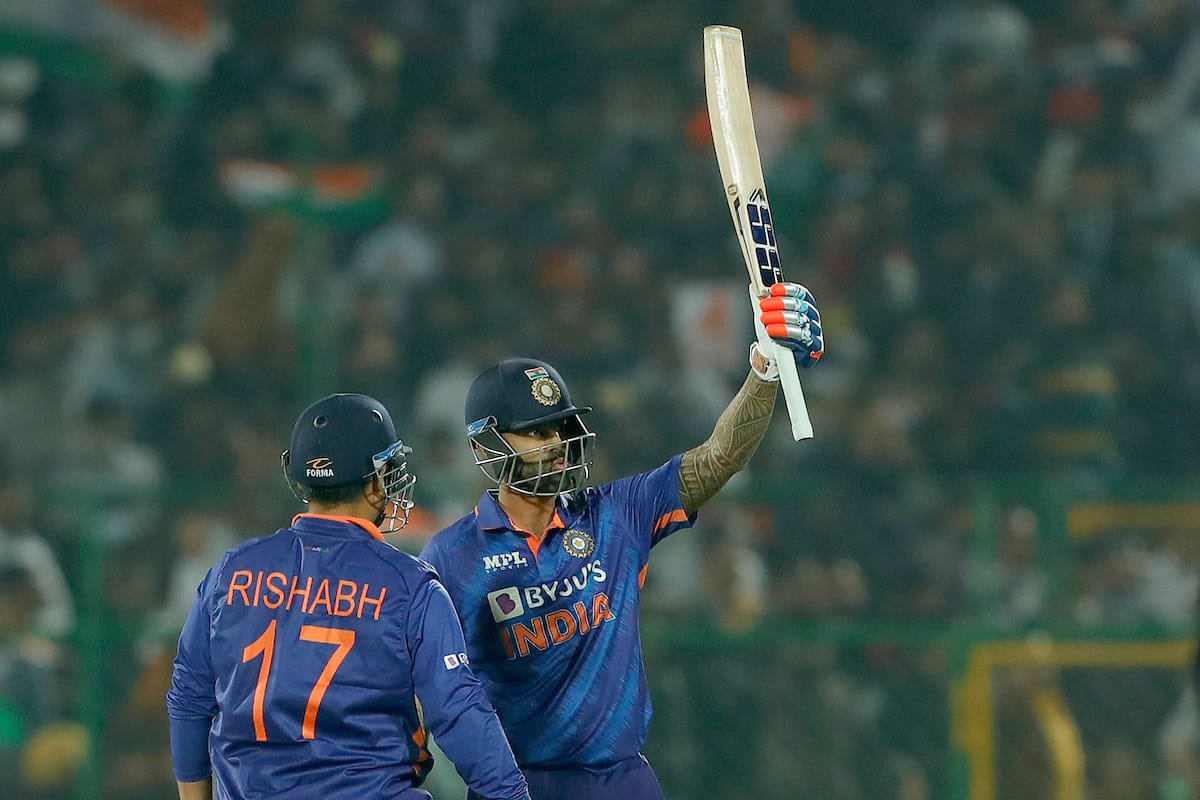 India gave Rohit Sharma a winning start as captain by securing a five-wicket victory over New Zealand in the first T20 international despite a late wobble in Jaipur on Wednesday.

The hosts were cruising towards a target of 165 as Rohit struck a quickfire 48 and Suryakumar Yadav made 62.

India, from needing 23 from the final four overs with eight wickets in hand, stuttered badly to leave them still requiring 10 off the last over, bowled by part-time seamer Daryl Mitchell.

But Rishabh Pant struck the winning boundary over mid-off with two balls to spare to put India 1-0 ahead in the three-match series.

It was an encouraging start to life as skipper for Rohit, who took over from Virat Kohli in the shortest format following India's shock Super 12 exit at the T20 World Cup.

India made a bright start to their chase before opener KL Rahul was caught off Mitchell Santner for just 15.

But the home side, with new coach Rahul Dravid in the dugout for the first time, took total control through Yadav and Rohit.

Yadav struck six fours and three sixes in his 40-ball innings before he was clean bowled by Trent Boult, who earlier removed Rohit, in the 16th over.

New Zealand dragged themselves back into the contest in the closing overs, but stand-in skipper Tim Southee turned to Mitchell instead of leg-spinner Todd Astle in the 20th over and Pant got India over the line.

Earlier, half-centuries by Martin Guptill and Mark Chapman propelled the visitors to 164 for six.

The Kiwis lost Mitchell for a duck, bowled in the first over by seamer Bhuvneshwar Kumar.

Guptill and Chapman then put together a 109-run second-wicket partnership, hammering the Indian bowling attack at will.

Chapman scored 63 in 50 balls but fell to Ravichandran Ashwin as he tried to hit the off-spinner over the leg-side boundary. Ashwin also dismissed Glenn Phillips, lbw, in the same over for nought.

But Guptill continued with his lively innings, smashing four sixes and three fours in his 70 off 42 balls before being caught at deep mid-wicket. Wicketkeeper Tim Seifert tried to accelerate but was caught off Kumar for 12.

Kumar finished with figures of 2-24 while Chahar and Mohammed Siraj took one wicket each.

The teams will meet in the second T20I on Friday in Ranchi.