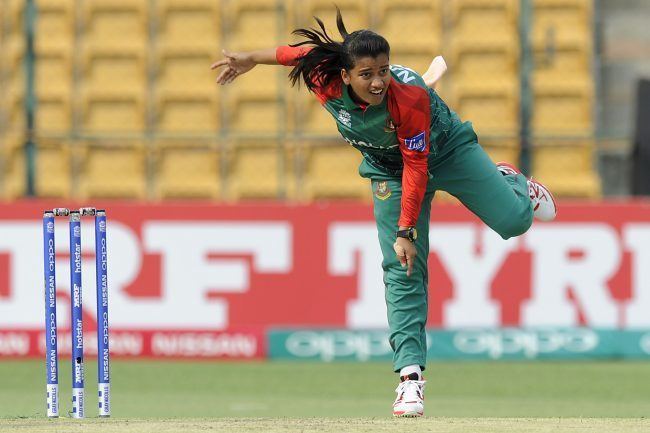 Nahida bowled 5-21 in her 10-over quota as Bangladesh dismissed Zimbabwe for 72 runs in 27.2 overs. To complement Nahida's effort, Fairha Trishna, who made her debut in this match, and Rumana Ahmed each took two wickets.

Sharne Mayers was Zimbabwe's only batter to reach double figures, scoring 39 off 61 and hitting four boundaries, accounting for more than half of the team's total.

Murshida Khatun, the opening batswoman, led the assault with 39 not out as Bangladesh reached the winning mark of 74-3 in 18.2 overs.

Captain Nigar Sultan had 12 points, while Nuzhat Tasnian had ten. The three-match series was part of Bangladesh's warm-up for the ICC Women's World Cup Qualifier, which would take place in Zimbabwe as well.

The tournament will be played between November 21 and December 5, with three spots up for grabs for the ODI World Cup scheduled for next March-April in New Zealand.

Bangladesh will take on Pakistan in their opening game of the Qualifier on November 21.