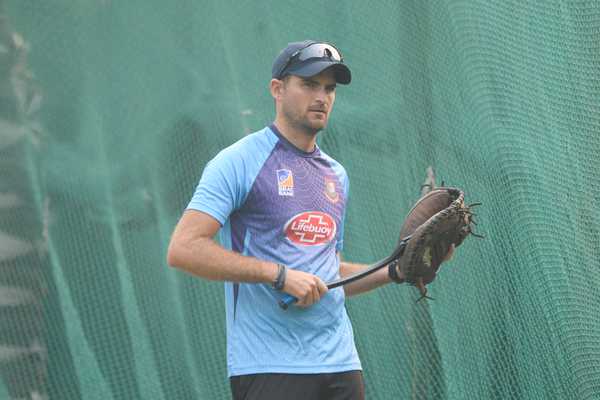 The Bangladesh Cricket Board (BCB) has decided not to extend Ryan Cook's contract as  fielding coach. The cricket board is seeking a new local coach for the upcoming Pakistan series.

"We're not having our fielding coach. In his stead, we'll appoint a local coach. On the 16th, we will declare the final statement. The contract of the fielding coach is coming to an end. His contract is not going to be renewed. We are not renewing any contracts, which is why he is not continuing in this series," Akram said on Saturday.

The BCB hopes to appoint an international fielding coach within a month, but the Pakistan series will be guided by an experienced local coach.

“There are several local coaches… who are experienced. We are also looking for someone of a higher level. Hopefully, we will get him within a month,” he added.

Cook was previously involved at the Gary Kirsten Cricket Academy in Cape Town as the head coach and high-performance director, and was also the assistant coach at Hobart Hurricanes, a Big Bash League franchise.