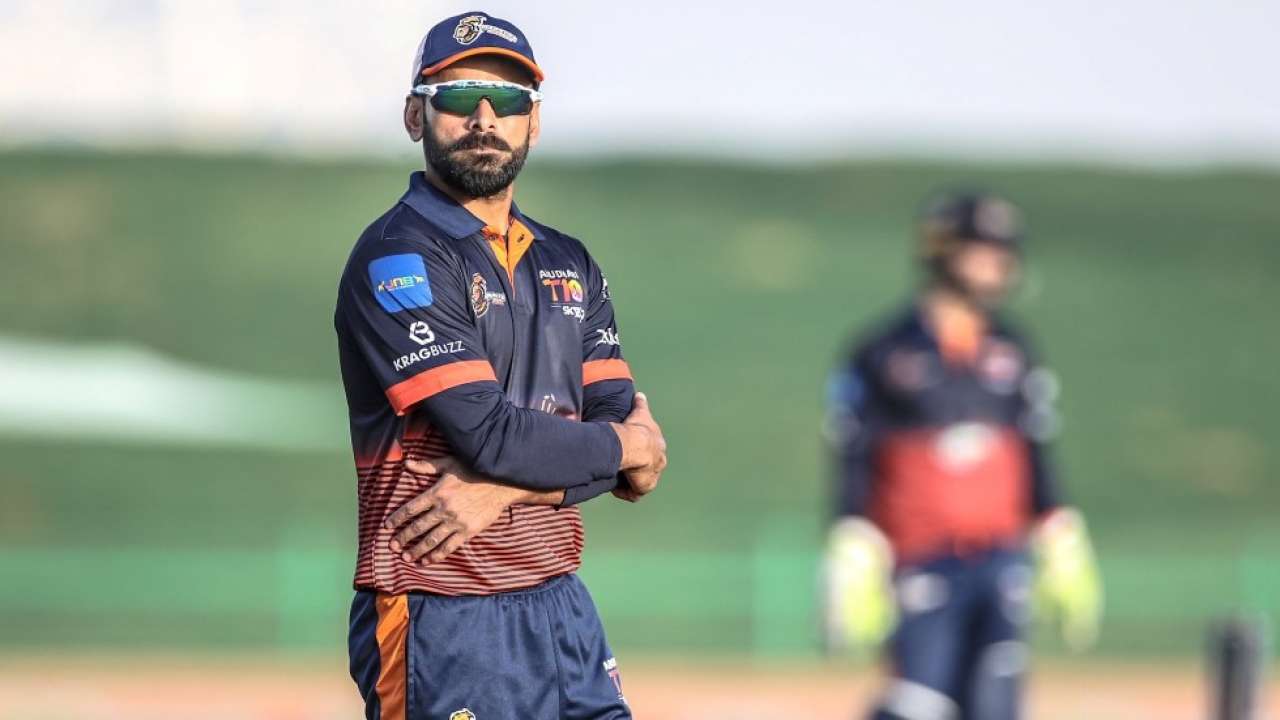 Swashbuckling Pakistan all-rounder Mohammad Hafeez has been roped into Delhi Bulls for the fifth season of the T-10 League.

The 41-year-old opted out of the Pakistan tour of Bangladesh to give other opportunities in the squad. As a result, he will available to play for the runners-up of the fourth season.

Delhi Bulls entered the final and failed to get across the line as they lost to Northern Warriors in the previous season. The Bulls will be eager to go one step ahead in the upcoming season of the T20 league. Dwayne Bravo will be leading the Bulls in the fifth edition of the league.

The Bulls have some exciting players in their squad. The likes of Bravo, Eoin Morgan, Sherfane Rutherford form a formidable batting lineup. Mohammad Amir, Mohammad Azam, Wahab Riaz, Roman Raees, and Anwar Ali will also play for the franchise.

Last year’s finalists will lock horns in the opening game of the competition this year.

The Abu Dhabi T10 will be played held at the Zayed Cricket Stadium in Abu Dhabi from 19 November - 4 December 2021.