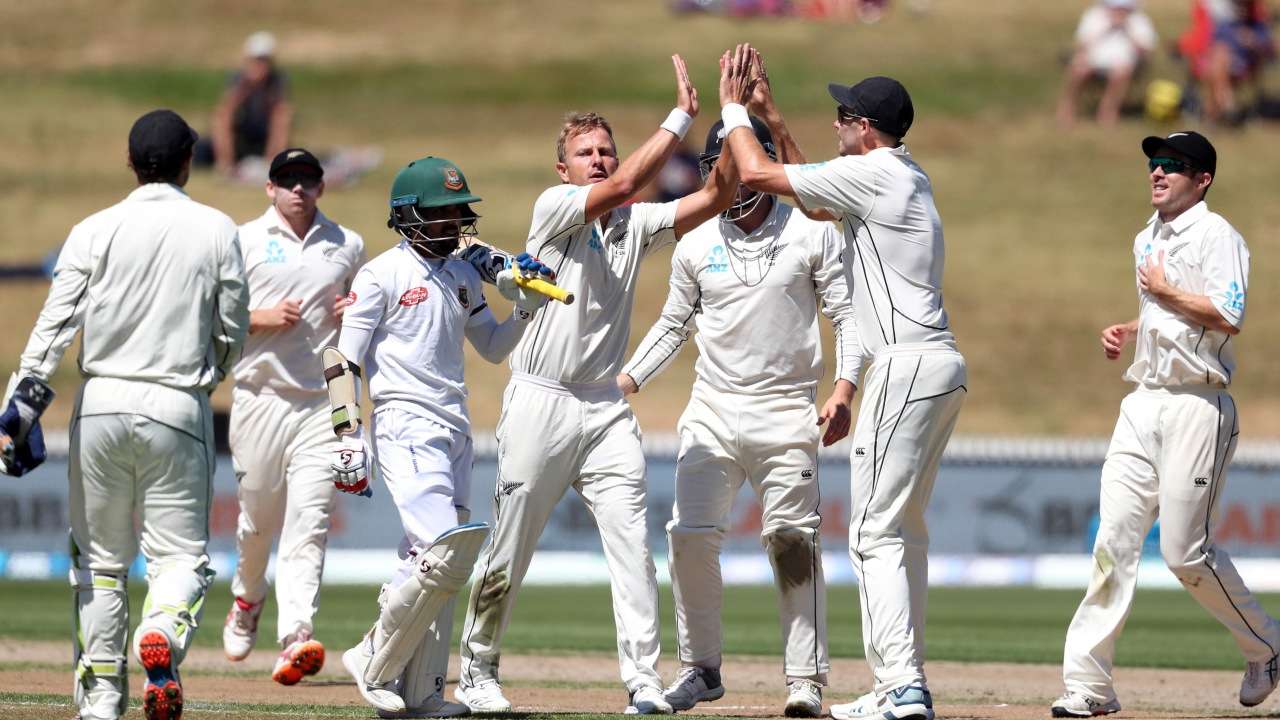 New Zealand Cricket announced Friday that they will play two Tests against both Bangladesh and South Africa as part of a home summer schedule that has been pushed back due to quarantine regulations in the country.

Bangladesh will play Tests in Mount Maunganui and Christchurch in early January, while South Africa will begin their series in mid-February at Hagley Oval, with the second Test following in Wellington.

In March, the Black Caps will host an Australia team in a Trans-Tasman Sea short format series, followed by one Twenty20 and three one-dayers against the Netherlands in late April to close up the home season.

The New Zealand home international season would normally start in December but the isolation requirements for the men's squad returning from a tour of India has forced the delay.

The four men's Tests will be part of New Zealand's defence of the inaugural Test World Championship title they won earlier this year.

The Kiwis are the Finalist along with Australia in the ongoing T20 World cup.