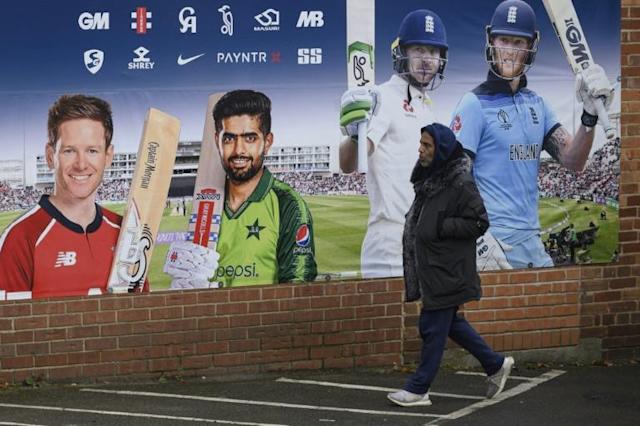 But a racism row at local county cricket team Yorkshire has shattered trust between the club and its diverse fanbase in the northern English city.

Yorkshire County Cricket Club's mishandling of a report that found former player Azeem Rafiq suffered "racial bullying and harassment" has plunged the club into crisis, prompting the loss of sponsors, its chairman and the right to host major matches.

Broader issues of racism and inequality have struck a chord with Yorkshire's large, cricket-loving Asian communities.

"For Asians, it confirms what we already knew," Ibrahim Suleman, a 35-year-old civil servant born to Indian parents, told AFP.

"There's institutions where Muslims and Asians can't progress because those running the institutions aren't prepared to come out of their box."

Bradford was one of England's most deprived areas in a 2019 UK government study, with employment, housing and education statistics comparing unfavourably with other parts of the country.

Given that more than one-fifth of Bradfordians are of Pakistani origin -- England's highest figure -- and almost a quarter identified as Muslim in the last published census, inequality disproportionately affects minorities.

"The country's going backwards," said 54-year-old cricket coach Haqueq Siddique, whose Pakistani father moved to Bradford in the 1960s to work in a mill.

According to governing body the England and Wales Cricket Board (ECB), in 2018 Britons of south Asian heritage represented six percent of England and Wales' population but one-third of its recreational cricketers.

Yet minorities are under-represented at playing, coaching and board levels and it was only in 1991 that traditionalist Yorkshire allowed players born outside the county to represent them.

Mohan Lal Mistry, 60, remembered Asians being mockingly labelled as shopkeepers or terrorists, and enduring "shocking" racial abuse in Yorkshire in the 1970s.

"It's nothing compared to now. The tragedy is, 50 years on, we are still here," said the Leeds City Council employee.

Pakistan-born Taj Butt, 63, chairs the all-Asian Quaid-e-Azam league, which was founded in 1980 to allow immigrants to play competitive cricket as "in your face" racism gave them "no hope" of joining mainstream Yorkshire leagues at the time.

His club, Bowling Old Lane, has been sustained by ethnic minority players over the years and competes in a mostly white Bradford league, but Siddique wanted to avoid racial segregation.

"It would be sad if cricket was dominated by white males in multicultural Britain. We don't want to play just Asians," he said.

Physiotherapist Fez Huznain, 19, is accustomed to difference after attending a racially diverse school.

But he believes a disconnect divides neighbourhoods overwhelmingly populated by ethnic and religious minorities and other parts of Bradford.

Huznain felt he had to bring his mixed-race uncle to a football trial at nearby Huddersfield to create a favourable impression on the coach following previous rejections.

"Why do I have to change my perspective for him to give me a chance? Racism is big, especially in sport," he said.

Butt engaged with Yorkshire's ethnic minority forum and once worked for its charitable arm to increase Asian participation in cricket in Leeds and Bradford, the county's diverse core cities.

But he was "shocked" by the culture and disappointed by the lack of recognition, adding that progress has been undone at grassroots level.

Siddique, weary of fighting the same battles over discrimination, was sceptical about the possibility of real change.

"It's tokenism. You don't feel it's really about making sure our youngsters get a fair chance," said Siddique of Yorkshire's previous outreach efforts.

"Headingley (Yorkshire's Leeds headquarters) isn't miles away, but it feels like it. We're going nowhere. When is the penny going to drop?"

Suleman said it was a "pleasure to see heads roll" but agreed tangible results were needed to regain Asians' confidence.

Yorkshire has appointed Kamlesh Patel, who led an ECB initiative to improve south Asian participation in cricket, as its new chairman to rebuild the club amid accusations of institutional racism.

"One of their own has gone. They will resent it -- it's going to be ugly and vicious," he said.