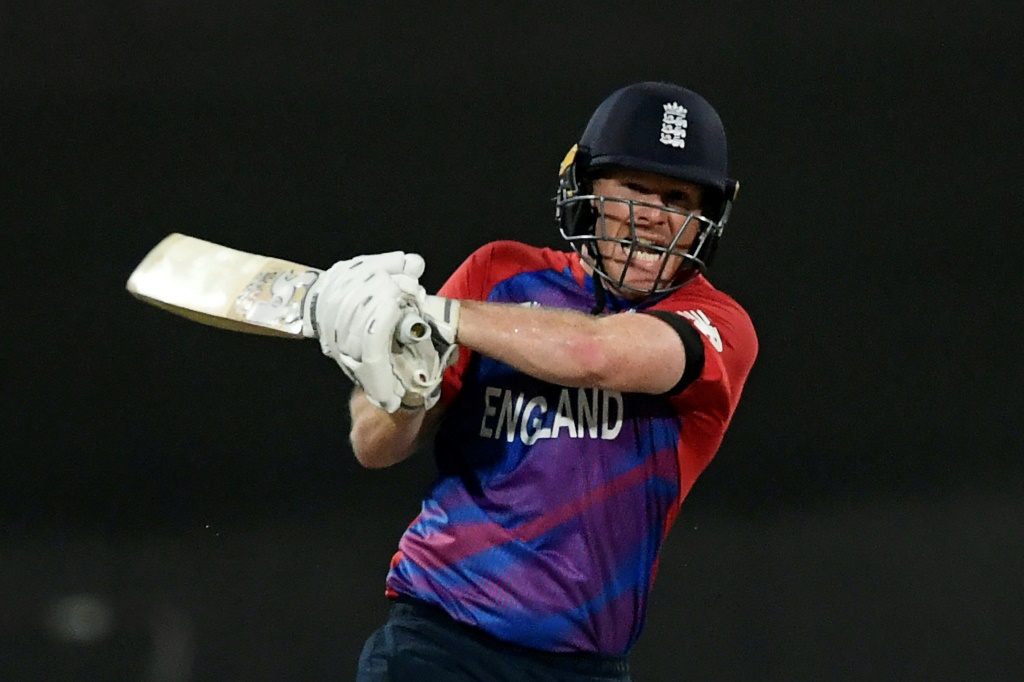 England skipper Eoin Morgan said on Tuesday the team's ability to "forge on" despite injury blows at the Twenty20 World Cup kept them positive ahead of the semi-final against New Zealand.

In-form opener Jason Roy and pace bowler Tymal Mills are the latest injury pullouts from an England squad that came into the tournament without star men Ben Stokes and Jofra Archer.

Roy injured his calf in the team's only loss in the Super 12 stage as England finished the group top and take on the Kiwis in the first final-four clash on Wednesday.

"He's played integral parts in our two previous World Cup campaigns. So very similarly to other guys that have been injured or have missed the tournament through injury," Morgan told reporters on the eve of the clash in Abu Dhabi.

"Other guys have found something else within themselves to either try and fill that gap or contribute in a different way to the team.

"I think of all the things we've done well throughout this tournament that are probably the strongest point has been the resilience within our squad to be able to find a way to move forward and forge on."

Morgan however refused to reveal Roy's replacement in the XI and Jos Buttler's opening partner, but insists the 50-over World Champions will have to bring their best game to beat the Kiwis.

"The guys are extremely excited about the challenge against New Zealand and potentially the opportunity that might follow that," said Morgan.

"But we need to play really good cricket in order to beat them."

A meeting between these two sides always brings back memories of the 2019 ODI World Cup final won by England after a Super Over and decided by the now defunct boundary count tiebreaker.

England also beat the Black Caps in the semi-finals of the 2016 T20 World Cup and then got past them in another Super Over decider in 2019.

But Morgan is aware of New Zealand's consistency in reaching the semi-finals or the finals of world events.

"We know how consistent they've been over the last number of World Cups, not only the recent ones but you look further and beyond Kane's role as captain," said Morgan.

"New Zealand have always been extremely competitive in and around semi-finals and finals, consistently, for some time now. So we're looking forward to the challenge."

Nearly all of the England players have stood up in their four wins in the Super 12 stage and Liam Livingstone made his presence felt with a 17-ball 28, albeit in the defeat to South Africa.

Morgan said he prized the batting all-rounder who can bowl off and leg spin.

"I'm a big fan of Liam," Morgan said. "He's a guy that has the ability to contribute a bit like Ben, at any stage of the game.

"And he plays a brand of cricket that makes it easy for him to come in and settle into the side."

Morgan did not shy away from evoking the racism row rocking English county Yorkshire, saying the England team had been open in discussing the issue even during their World Cup campaign.

"We definitely don't shelter anything that's going on, particularly things as serious and as relevant to our squad as anything that we've ever done, really," said Morgan.

"Bear in mind that we talk about discrimination quite a lot because in our group there are a lot of diversity."

English cricket has been plunged into chaos after Pakistan-born off-spinner Azeem Rafiq accused Yorkshire of failing to deal adequately with allegations of racism when he played for the club.

The England and Wales Cricket Board suspended international matches at their Headingley ground in Leeds after branding the club's handling of the Rafiq case "wholly unacceptable" and the matter "abhorrent".