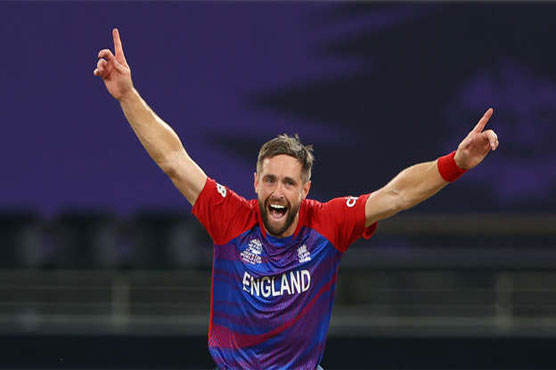 Chris Woakes is a central figure in England's bid to win the T20 World Cup even though he could have missed out on playing at a tournament where he has been labelled the "best new-ball bowler in white-ball cricket" by captain Eoin Morgan.

Woakes has set the tone with the ball for an England side who face New Zealand in the semi-finals in Abu Dhabi on Wednesday.

His two returns of 1-12 helped England defeat both the West Indies, the reigning champions, and Bangladesh, and his 2-23 and 1-25 proved to be important contributions to wins over Australia and Sri Lanka.

Significantly, his one expensive return of the tournament to date of 0-43 came during a 10-run loss to South Africa when England suffered a first defeat of the campaign.

Woakes went five-and-a-half years without playing a T20 international before his recall this year and he might have been left out of the England squad had fast bowler Jofra Archer been fit.

Because his 14 away Tests have yielded 25 wickets at an expensive average of 51.68, compared to a return of 94 at 22.63 in 25 games at home, Woakes has been labelled a classic English seamer who lacks the ability and speed to make an impact abroad.

"It is easy to under-value the Mr Dependable of the England line-up in Chris Woakes," admitted former captain Nasser Hussain.

Morgan, however, was in no doubt of his quality, speaking after Woakes had dismissed David Warner and Glenn Maxwell in an opening spell of 2-7 in three overs during the victory over arch-rivals Australia.

"Woakes has been excellent," said Morgan. "He epitomised tonight that he is the best new-ball bowler in white-ball cricket in the world.

"He is accurate, his pace is up, he is confident in his all-round skills. It is just not about hitting line or length or trying to get the ball to move.

"So the growth within his game is huge even though he has been right on top of it over the last four-five years."

Woakes may not have the flair or charisma of fellow all-rounder Ben Stokes yet his peers voted him the English Professional Cricketers' Association player of the year in 2020 following 20 Test wickets at 21 and a decisive 84 not out in a tense run chase against Pakistan at Old Trafford.

And yet it was not simply selectorial whim or England's Covid bubble-related rest and rotation policy that kept Woakes out of Test cricket for more than a year until his return against India at The Oval in September.

A shared taxi ride with Moeen Ali –- who promptly tested positive for Covid-19 -- forced Woakes into isolation and a fall down a staircase in his own home led to the 32-year-old suffering a heel injury.

"There's people in the world that have had a lot worse 18 months than I have," said Woakes, often referred to by his supporters as 'the nicest man in cricket', at the time.

"In terms of me not capitalising on the year I had last year, it feels I might have missed out a little bit. But at the same time I'm always grateful when I manage to get back in the side and hopefully showcase my skills."