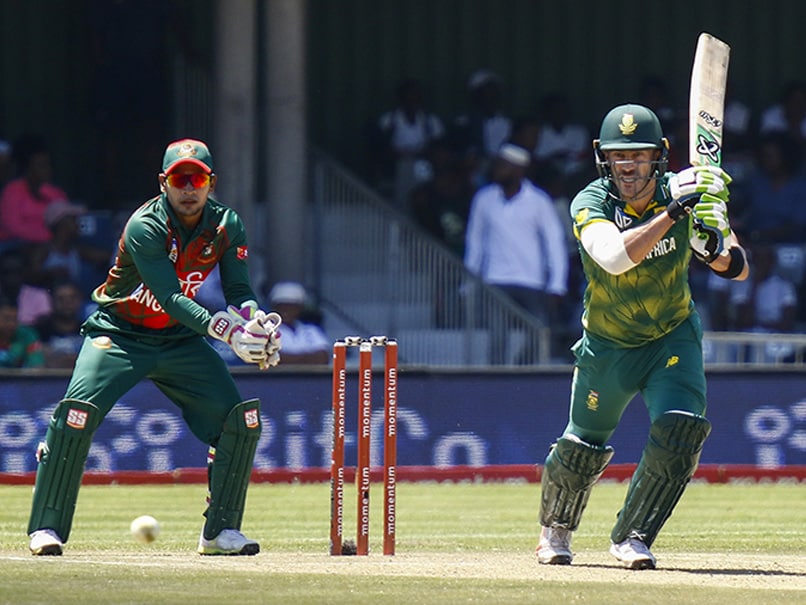 South African former captain Faf du Plessis did not expect the poor show from Bangladesh in the ongoing T20 World Cup at UAE, where the Tigers have lost all of their five super 12 stage matches.

South Africa won by six wickets with 39 balls to spare in their group clash against the red and green as Bangladesh suffered a severe batting debacle before getting all out for 84 runs, their sixth-lowest total in the format.

On the other hand, the African nation finished level with group toppers England and second-placed Australia on eight points but the Aussies went to the final four thanks to a better run-rate.

Faf believes good form and momentum are key to start off big tournaments like World Cup, which was missing for Bangladesh in this world event.

“I didn't expect five out of five [five defeats] but the thing with T20 cricket plays a lot on form and momentum. So when you come to a tournament like World Cup, you would need to start off with good form and good momentum in terms of how well you're going to do in the competition,” Faf said to Cricfrenzy Monday.

“If I can use India as an example, they started their tournament off a little bit slow because some of the key players were just short of a little bit of form, and it took them two or three games to get going. By that time it was almost too late. You need a bit of luck in your side to get your best players in form for the tournament then they just run that form for the rest of the tournament, and they either get you to the semis or win World Cup,

“I think that's obviously the challenge for Bangladesh. They didn't start well, then it's tough to get back in T20 cricket because it's such a high, fast game that you always playing catch up” he added.

When he was asked about, how Bangladesh can bounce back from this disastrous performance for the upcoming World Cups, he replied it’s not about the best players a country have, it’s about how a team can perform in a particular tournament.

“I've been part of lots of World Cups and it's always a case of just how well your players perform in that tournament. It's not a case of you having the best players at the World Cup. It's a case of coming to the tournament and either the guys are on or not. If you look at the other teams that are doing well at the moment, the players are informed,

“Pakistan is a great example that come into the tournament, not even close to the favorites, not even the top four, maybe. But all the main players are performing since day one. And I think that is what either makes you or breaks you as a team. And I think that's as simple as that. But it's also as hard as that to get right” he concluded.