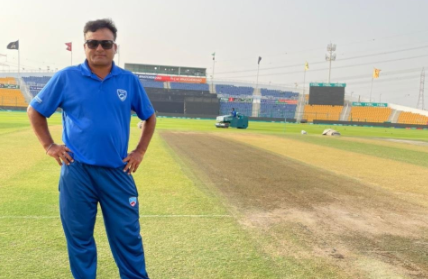 He had made the pitch for the ongoing match between Afghanistan and New Zealand.

The cause of death has yet to be determined, but it has prompted a police investigation by the local authorities.

"It is very shocking news, he was very well known to me," said Daljit Singh, the former chief curator of BCCI. "He was very a hard-working, committed and ambitious person. My condolences to the family,"

Mohan worked under Daljit for over 10 years before moving to UAE about 10 years ago. "He would be in touch with me regularly and I will check with his family," a shocked Daljit further said.

Mohan came to Abu Dhabi in September 2004 after training to be a curator in India at the Punjab Cricket Stadium in Mohali, where he had been employed since 1994, first as a ground supervisor as well assisting the coaches in a number of sports including tennis and swimming before his focus moved on to cricket.