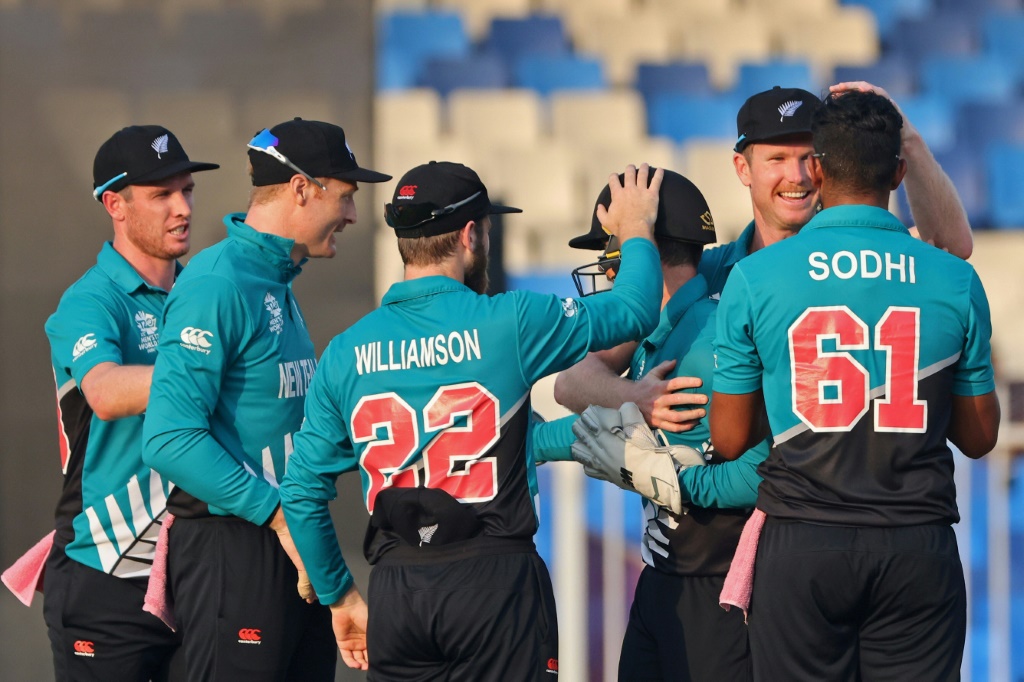 New Zealand's Punjab-born leg-spinner Ish Sodhi will shrug off a nasty blow to the head and focus on breaking a billion Indian hearts at the T20 World Cup on Sunday.

Victory for the Black Caps against Afghanistan will guarantee a semi-final spot alongside Super 12 Group 2 winners Pakistan.

Even a win for India in their last pool game against Namibia on Monday would then be in vain.

"I've never played Afghanistan before. Played a few of their players around the world individually in franchise competitions and very aware of the threat they pose," said 29-year-old Sodhi on Saturday.

"But on the back of that, I think our team's been performing really well. And there's been a lot of people contributing at different times."

Sodhi was born in Ludhiana in Punjab but moved with his family to Auckland when he was four.

At this World Cup, he has taken seven wickets at an average of just over 15.

Only veteran seamer Trent Boult, with eight victims, has claimed more wickets for New Zealand at the tournament.

Sodhi's place in the team on Sunday looked in some doubt after taking a nasty blow to the head, attempting a caught and bowled off David Wiese in Friday's 52-run win against Namibia.

However, after taking a head injury assessment, Sodhi is confident he will play on Sunday.

"It would have been nice to catch the ball. Once he ran, saw that I was alright, reminded me that I dropped the catch. But it's good," he said.

"A bit of a knock to the head. A bit of a headache. Initially it was a bit of shock. But thankfully over the past 24 hours there's been no issues so far."

Sunday will also give Sodhi a chance to see Afghanistan spinners Rashid Khan and Mujeeb-Ur-Rahman up close.

But Mohammad Nabi is a very cagey offspinner and bowls well through the powerplay too. That's definitely where their threat lies with their bowling attack."

Afghanistan can still make the semi-finals but they need to beat New Zealand and if India beat Namibia on Monday, the semi-final place will come down to run rates.

"We only focus on ourselves, our team," said left-handed batsman Hazratullah Zazai.

"Our main focus is how we qualify for the semi-finals."

Afghanistan got their Super 12 campaign off to a flying start with a 130-run mauling of Scotland.

A five-wicket loss to group winners Pakistan was followed by a 62-run victory against Namibia.

However, their last-four hopes suffered a serious blow when India piled up 210-2 for a 66-run triumph in Abu Dhabi.