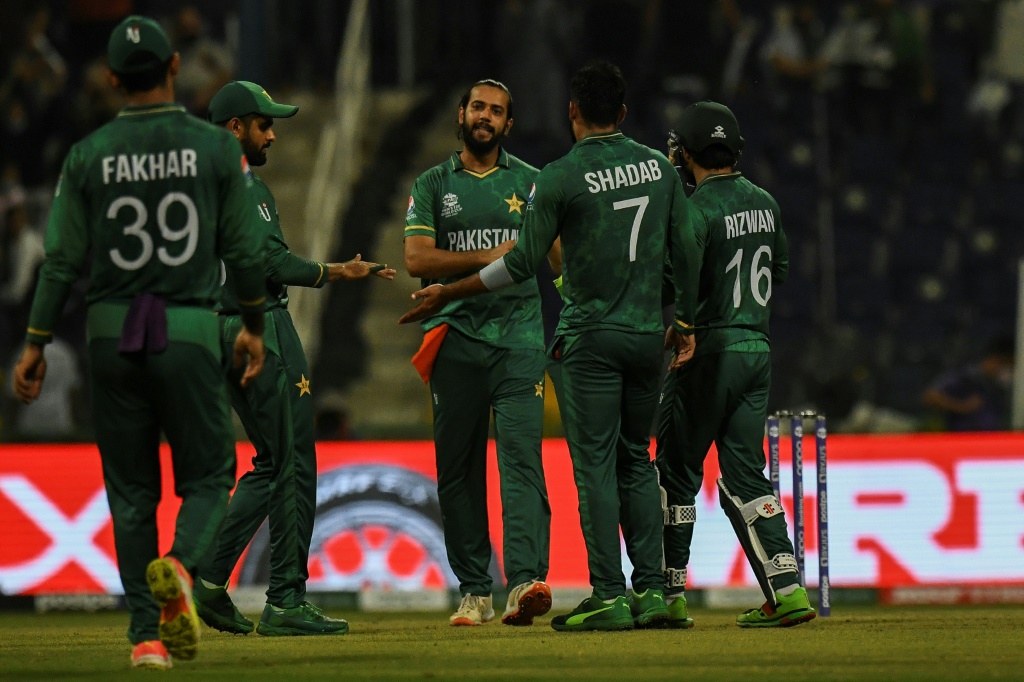 Veteran all-rounder Mohammad Hafeez says such is Pakistan's form at the Twenty20 World Cup they are brimming with confidence and have no preferences as to who they play in the semi-finals.

Pakistan have been unstoppable since their historic 10-wicket win over bitter rivals India at the beginning of the campaign.

The 2009 champions have gone on to beat a strong New Zealand side, Afghanistan and Namibia.

Pakistan will face the runners-up of Group 1, likely to be either Australia or South Africa who play their last group matches later on Saturday.

Hafeez -- a former captain of the Twenty20 side -- said Pakistan were ready for any opponent.

"To be honest, when it comes to a cricket match we don't think about who we want to play," said 41-year-old Hafeez on Saturday on the eve of their match with Scotland.

"Whoever comes we are ready for that as our confidence is high, we are shaping up well and we are performing well.

"But first we have a game against Scotland so we need to take them on with the same intensity and confidence. The goal is to win the Cup for the nation and we are close to that."

Pakistan have won all its three T20Is against Scotland, once in the inaugural T20 World Cup in South Africa in 2007 and two in Scotland in 2018.

Hafeez said there was extra satisfaction over their strong performances considering the tricky lead-up they had to the tournament.

"We played only one match out of five in the West Indies due to the weather," he said.

"Then New Zealand and England abandoned their tours so we were short on that front but the whole team and the management have done well in this tournament."

New Zealand abandoned their tour due to a security alert, minutes before the start of the first ODI in Rawalpindi in September and then England withdrew from two T20Is in October, citing players' mental and physical health problems.

Hafeez singled out the first match against India as the confidence booster -- Pakistan's first win over them in 13 World Cup matches.

"In any tournament when you win the first match, it gives you confidence so when we beat India it lifted our confidence hugely.

"I have been part of many World Cup matches against India and after all those defeats we had to bear the consequences but we always used to have strong comebacks.

"This time we won and it was great to be part of that team which beat India."

"I am focusing on this World Cup so after this tournament I will decide what to do," he said.

"I am a very emotional sort of player and playing for Pakistan is a great pride for me."