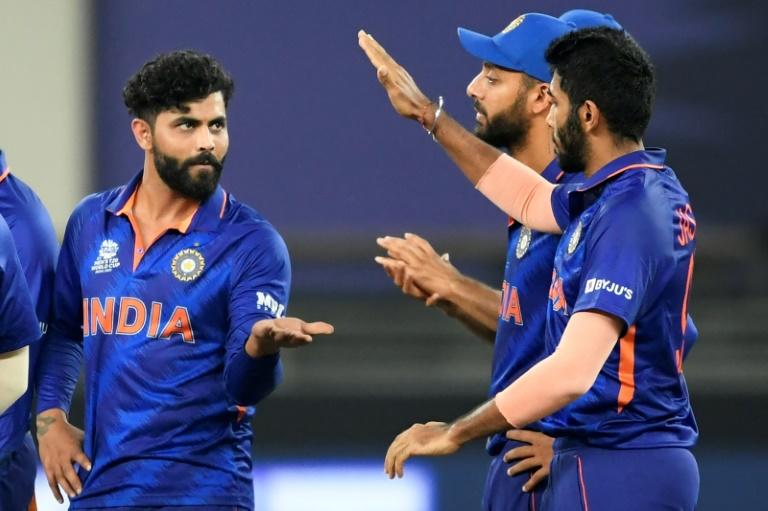 India stayed alive at the T20 World Cup with a quickfire eight-wicket rout of Scotland on Friday as star spinner Ravindra Jadeja claimed: "If we play like this, nobody can beat us."

KL Rahul smashed 50 off 19 balls as India raced to a target of 86 in 6.3 overs to drastically improve their run-rate in the Super 12 contest in Dubai and keep their semi-final push on track.

Jadeja and Mohammed Shami took three wickets each to set up the crushing win after they bundled out Scotland for 85 in 17.4 overs following the team's decision to bowl first.

"If we play like this, nobody can beat us. In T20s we have to play like this," Jadeja said after being named man of the match for his figures of 3-15 from four overs.

"We just look to play a good brand of cricket. We were just looking to play our best game."

Virat Kohli's India have bounced back from their opening two losses to Pakistan and New Zealand to hammer Afghanistan and Scotland.

However, they still need to win their last group game against Namibia on Monday and depend on the result of Sunday's New Zealand-Afghanistan match to have a chance of making the semi-finals.

"We can't judge ourselves on the basis of two bad matches," said Jadeja.

"We will now try to play the same brand of cricket that you saw in the last game and this one. There was no panic in the dressing room."

The Indian bowling looked different from the one that allowed Pakistan to win by 10 wickets and New Zealand by eight wickets and Jadeja had an explanation.

"The ball stops and grips the surface in the first innings. In the second innings the dew comes in and the wicket becomes flat and becomes easy for the batsman," said Jadeja.

"We don't get a start when we bat first. And middle overs also get tough because wickets keep falling in T20 cricket. That's why winning the toss and putting the opposition in becomes important."

On the consequences of New Zealand beating Afghanistan on Sunday, a smiling Jadeja was quick to say we will "pack our backs and go home".

New Zealand stayed on course for the semi-finals with a 52-run win over Namibia earlier in the day.

Group 2 leaders Pakistan have already made sure of a semi-final place with four wins in four games.

New Zealand's Jimmy Neesham, who made a brisk 35 on Friday as he and Glenn Phillips plundered 67 runs off the last four overs against Namibia, brushed aside talk of India's focus on their final group match.

"We are pretty good as a unit at sort of keeping what's necessary to concentrate on in the front of our minds," said Neesham after being named man of the match for his allround show in Sharjah.

"There's been a few occasions I know the last couple of months where there's been a lot of people talking a lot about us off the field so it doesn't bother us too much."