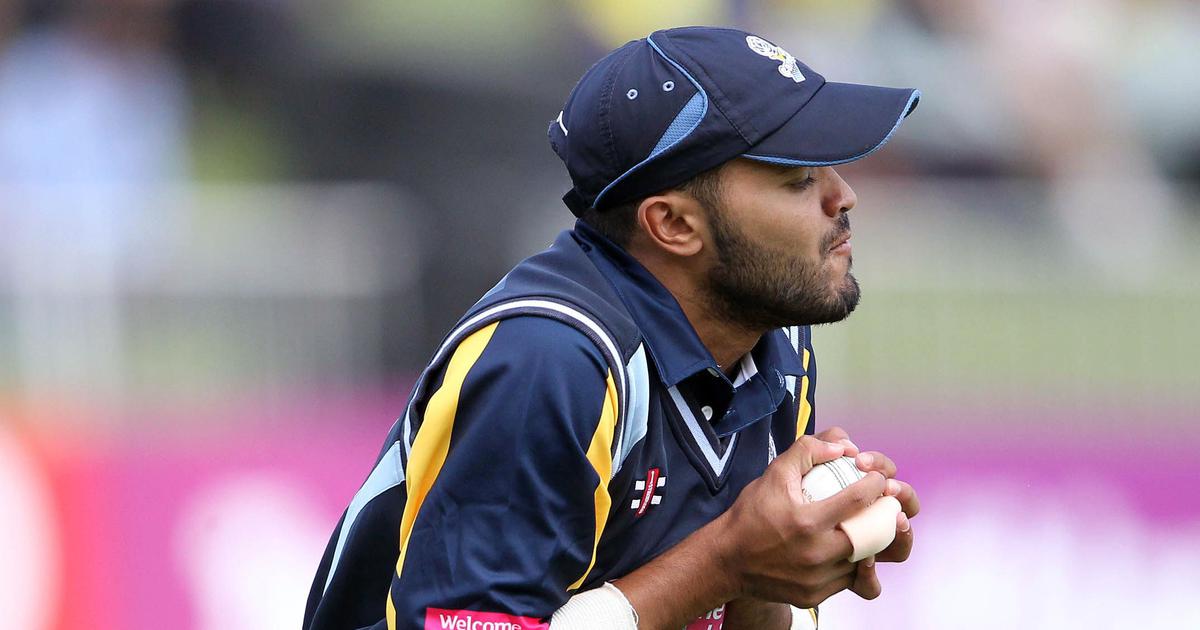 The chairman of Yorkshire resigned on Friday over a growing racism row, blaming senior figures at one of England's leading cricket clubs for refusing to accept the scale of the problem.

Former player Azeem Rafiq has accused Yorkshire of failing to deal adequately with his allegations of abuse while at the county, saying he had been driven to thoughts of suicide.

Yorkshire in September issued "profound and unreserved apologies" to the 30-year-old but subsequently said they would take no disciplinary action against any of their staff and concluded the club was not institutionally racist.

That unleased a wave of fierce criticism, including from government ministers, with the England and Wales Cricket Board (ECB) stripping Yorkshire of their right to host international cricket, together with a mass exodus of sponsors, including Nike.

Yorkshire chairman Roger Hutton said Friday he had resigned with immediate effect, issuing a full apology to Pakistan-born Rafiq and calling on the executive board to follow suit.

"The club should have recognised at the time the serious allegations of racism," he said in a statement. "I am sorry that we could not persuade executive members of the board to recognise the gravity of the situation and show care and contrition."

Hutton, who joined the Yorkshire board in 2020, nearly two years after Rafiq ended his second stint at the club, also took aim at the ECB, saying it refused his plea "to support a robust inquiry".

"There has been a constant unwillingness from the executive members of the board and senior management at the club to apologise, and to accept that there was racism, and to look forward," he said.

"For much of my time at the club, I experienced a culture that refuses to accept change or challenge."

Hutton, who was this week called to appear before a committee of lawmakers later this month, called for the executive members of the board to resign to "make way for a new path".

"I refute it," he said Friday. "What we were asked to do was join the Yorkshire panel, to be part of the investigation, which clearly we cannot do.

"We are the regulator -- we either run the investigation in its entirety ourselves or we let our stakeholders run an investigation."

On Wednesday, former England batsman Gary Ballance admitted he was guilty of using a "racial slur" against Rafiq, during a friendship in which he claims both men had said inappropriate things to each other.

The following day the ECB said Ballance, who has not played international cricket since 2017, would be "suspended indefinitely" from England selection pending an investigation.

The ECB also announced it was suspending Yorkshire from staging international matches at their Headingley headquarters in Leeds as they branded the club's handling of the Rafiq case "wholly unacceptable".

Publishing company Emerald have ended their title sponsorship of Headingley and Nike said they would "no longer be the kit supplier for Yorkshire CCC".

Former England captain Michael Vaughan, who played for Yorkshire -- home to many cricketers of South Asian origin -- has now been drawn into the controversy.

Writing in his Daily Telegraph column, he said the report commissioned by Yorkshire states he told a group of Asian players -- including Rafiq -- in 2009: "Too many of you lot, we need to do something about it."

"I completely and categorically deny that I ever said those words," Vaughan wrote in the newspaper. "I will fight to the end to prove I am not that person."

England white-ball captain Eoin Morgan, whose side are at the T20 World Cup in the United Arab Emirates, said such matters needed to be tackled "head-on".

"We firmly believe that there is no place in our sport for any type of discrimination, and I think the actions of the ECB board to Yorkshire have indicated how serious they are about dealing with issues like this," he said.