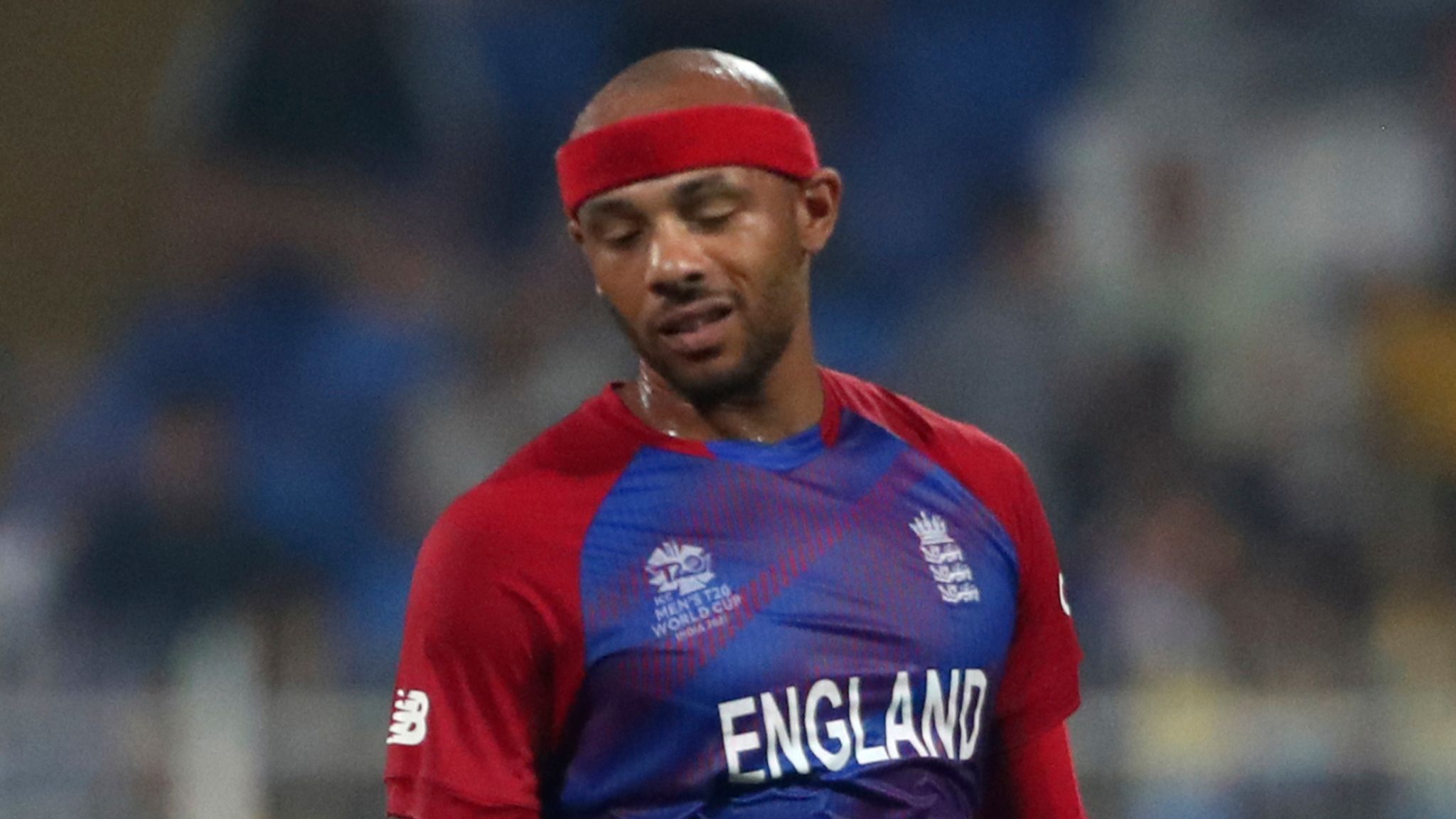 With a thigh strain, England pace bowler Tymal Mills has been ruled out of the rest of the T20 World Cup.

The 29-year-old left-armer was forced to leave the field during Monday's Super 12 victory over Sri Lanka after injuring his right quadriceps while bowling.

Mills has taken seven wickets at an average of 15.42 and an economy rate of 8.00 in all four England matches.

He is replaced by left-arm fast bowler Reece Topley, one of three England reserves in the United Arab Emirates.

Mills has struggled with injuries throughout his career, and was reinstated to the England squad for the World Cup after a four-year layoff.

In 2015, he was diagnosed with a congenital back issue, and earlier this year, he suffered another stress fracture.

England are all but certain of a place in the semi-finals after winning their opening four games. They face South Africa in their final Group 1 match in Sharjah on Saturday.