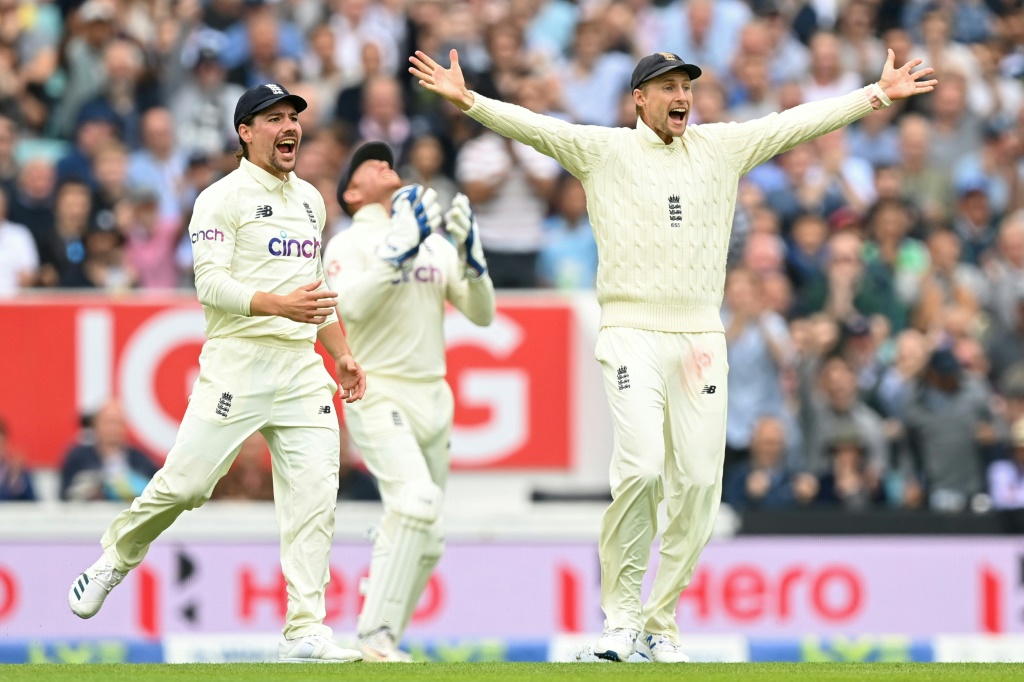 Joe Root has urged his side to follow India's example as he looks to lead England to a rare Ashes triumph in Australia.

England's Test specialists depart for Brisbane on Thursday, with their two most recent Ashes campaigns in Australia not yielding a single win from 10 Tests.

But England captain Root said Tuesday that India's recovery from a humiliating 36 all out in the first Test in Adelaide before winning 2-1 earlier this year was an inspiration.

"One thing I think we can take a lot of heart and confidence from is the way India went and played there in their (Australia's) last home series," Root told a conference call.

"They took them on in their own way, they played to their strengths, but they didn't take a backward step at any stage.

"They showed a lot of belief and a lot of character and came through a lot of adversity, especially off the back of that first game in Adelaide."

For all the talk of Root's squad being strengthened by the addition of star all-rounder Ben Stokes following a mental health break and a finger injury, the performance of England's top-order batting may hold the key to their hopes of winning a first Ashes series in Australia since 2010/11.

England's 3-1 triumph a decade ago was built on opener Alastair Cook, Root's predecessor as captain, scoring 766 runs, including three hundreds, at a colossal average of over 127.

Root, the current England team's best batsman, has been in brilliant form in 2021, with 1,455 runs from 12 Tests including six centuries at an average of 66.13.

A successful Ashes with the bat could see Root surpass Mohammad Yousuf's record of most Test runs in a calendar year, with the Pakistani scoring 1,788 runs in 2006.

Root, however, has a modest record in Australia, where he has managed a mere 570 runs from nine Tests, without a hundred, at an average of 38.

"I look at the last two times we have been out in Australia, and from a personal point of view, it's the one series you are desperate to go and stamp your mark on, play with authority and have that big series like Cookie had (in 2010/11) for example, and come away having won an Ashes series in Australia," said Root. "That's the dream."

The 30-year-old Yorkshireman added: "I think I probably wanted it too much, I was too desperate, and it had probably a negative impact on the way I played, I put too much pressure on myself.

"I think one of the things that has really helped me this year is stripping a little of that back, really going and enjoying my cricket, and my batting, and I have a bit more clarity and understanding of my own game.

"One thing I have got coming into this series is a lot more evidence and information on those conditions than the last two tours. That will stand me in good stead as well."