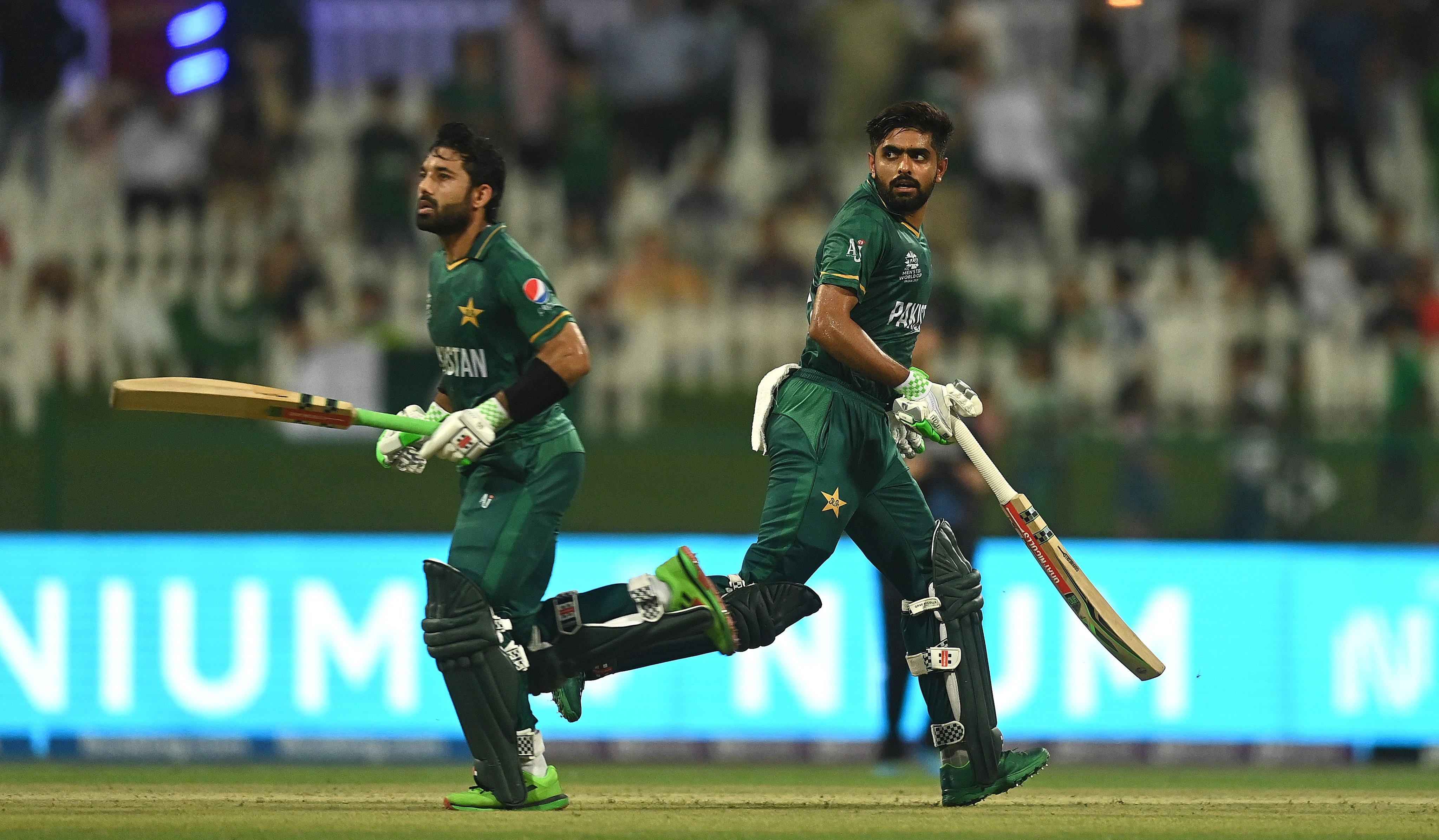 Pakistan became the first team to reach the Twenty20 World Cup semi-finals after beating Namibia by 45 runs, with brilliant half-centuries from Mohammad Rizwan and skipper Babar Azam in Abu Dhabi on Tuesday.

Namibia tried their best to match their opponents with David Wiese notching 43 not out and Craig Williams scoring 40 but Pakistani bowlers never allowed them a free hand as they managed 144-5 in 20 overs.

With four wins in as many games, Pakistan became the first side to reach the last four from Group 2. This will be their fifth semi-final in Twenty20 World Cup history -- the most by any team.

Williams knocked five boundaries and a six before he holed out to spinner Shadab Khan while Wiese smashed two sixes and three boundaries in his 31-ball knock.

But Rizwan and Babar were the stars once again, like they were in Pakistan's win over arch-rivals India, which gave them a kick-start to the event.

The pair added 113 for the first wicket after Pakistan were slow out of the blocks, scoring just 59 in the first ten overs but ended with a flurry in the next ten, taking 130 runs.

Veteran Mohammad Hafeez scored a brisk 16-ball 32 not out with five boundaries.

Pakistan's total is the second-highest in this tournament, behind Afghanistan's 190-4 against Scotland in Sharjah.

Babar hit seven boundaries before he holed out to David Wiese in the 15th over while Fakhar Zaman was smartly caught by keeper Zane Green for five.

Rizwan reached his tenth half century with a pulled six off Wiese in the 19th over before hitting four boundaries and a six to take 22 off JJ Smit's final over.

Pakistan next face Scotland in their last match in Sharjah on Sunday. Namibia will meet New Zealand, also in Sharjah two days earlier.