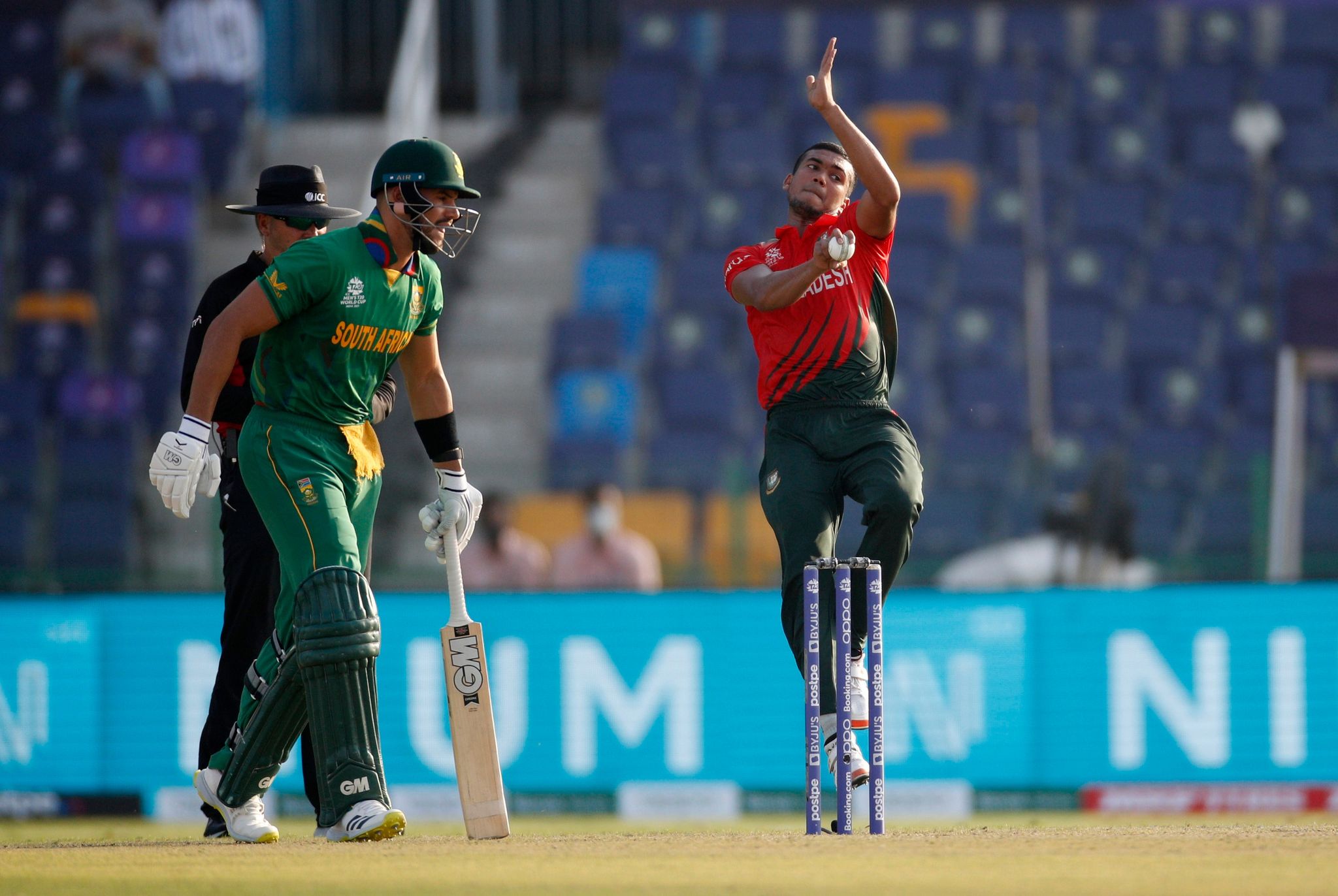 Bangladesh was eliminated from the ongoing T20 World Cup after a woeful batting display against South Africa in Abu Dhabi led to their fourth loss in four games in the Super 12 stage.

The Tigers were swept out for a pitiful 84 by South African bowling before the Proteas chased down the goal, losing four wickets in the process.

During the post-match press conference, pacer Taskin Ahmed stated that they could not play like a competent T20 side and that they had not reached their full potential, and that the players must take the criticism.

“Losing is not fun. Nobody wants to lose. We had great expectations, but we couldn’t play up to those expectations. All the criticism is quite natural. We have to accept it. But we have to get over it before the next match, or the next series. We need all-round improvement against Australia. We have to improve in batting, bowling and fielding. We just want to give back one win to the country,” he added.

Taskin bowled with good pace and swing and finished with bowling figure of 4-0-18-2.

“I bowled okay but it feels bad when you don’t win the match. We didn’t bring up a good total. We are in the backfoot after losing a few matches. Our batting unit probably is low in confidence. They (South Africa) bowled well, but we couldn’t really put up a good enough total," said the tall pacer.

“I tried to bowl my best ball every delivery. I tried to execute the plan. T20 cricket is tough as you may leak runs in T20s on days you bowl well and even sometimes you might take wickets by bowling poorly as well. So it’s tough to bowl in T20s. But our bowlers tried to stick to a plan. I think we could have done better as a team,” concluded Taskin.

Bangladesh will play their last match of this T20 World Cup Thursday against Australia.