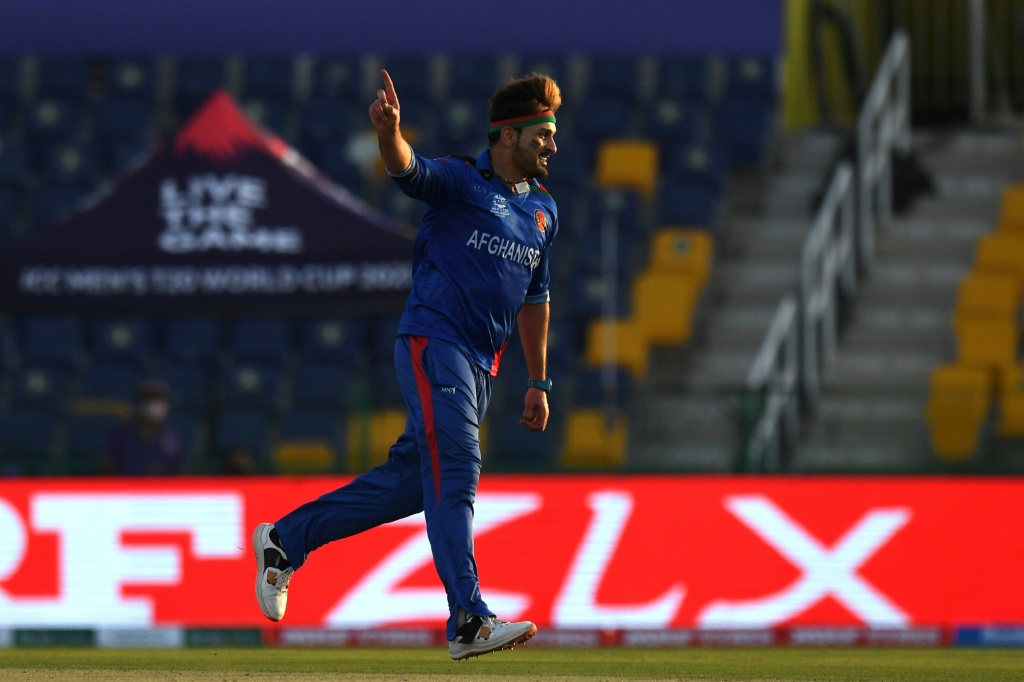 From a child refugee to facing India's galacticos at the World Cup, Hamid Hassan said Tuesday that he never considered giving up on cricket, even if cricket threatened to give up on him.

Now 34, Hamid was part of the trailblazing Afghanistan squad which took the sport by storm a decade ago when they rose from the humble surrounds of World League Division Five.

He was always hard to ignore.

The first Afghan cricketer ever to play at Lord's, Hamid cut an intimidating sight at the 2015 50-over World Cup.

With the country making its debut at the global showpiece, Hamid painted the Afghan flag on his cheekbones as he roared into bowl.

He was also part of the first Afghanistan team to play in a T20 World Cup in 2010 in the Caribbean.

On Sunday, after five years out of the international scene, Hamid returned and took 3-9 in the 62-run win over Namibia.

"We are mentally fine. We're physically super fine," said Hamid ahead of Wednesday's clash against India where a third win in four matches for Afghanistan will knock out the title favourites.

Hamid has taken 35 wickets in his truncated T20 International career at an impressive average of a shade over 15.

It's all a far cry from his early days.

When he was just six, he and his family fled their home in Jalalabad, becoming refugees in Pakistan.

Playing cricket in secret for fear of upsetting his father, Hamid caught the eye of former England skipper Mike Gatting in a youth game.

Gatting was so impressed that he invited Hamid to England where at the age of 20 he became the first Afghan to play at Lord's as part of the MCC's Young Cricketers initiative.

Now he is one of his team's senior citizens in the UAE where a World Cup semi-final place is tantalisingly within reach.

"I believe in myself, I never give up," said Hamid.

"When you target something to achieve, you have to work very hard. I trained very hard, worked very hard for this opportunity to get here."

So far at the World Cup, Afghanistan have played fearless, carefree cricket piling up 190 against Scotland, 147 facing Pakistan and then 160 in the win over Namibia.

Afghanistan have hit 22 sixes in three games with eight of their players getting on the board for a maximum score.

They also boast an intriguing cocktail of muscular batsmen, accurate fast bowlers and a company of spinners which is the envy of the tournament.

"You see batting, bowling, fielding is much improved. We have some of the best spinners in the world, Mujeeb (Ur Rahman) and Rashid (Khan)," said Hamid.

He added: "But the good news is we haven't got out all the wickets so far, just five or six batsmen out. Most of the batsmen can hit. So we have good opportunity against India, if we score good runs on the board, we defeat them by bowling and fielding."

Meanwhile, the ICC on Tuesday approved Sharafudin Ashraf as a replacement for Asghar Afghan who retired midway through the tournament at the weekend.