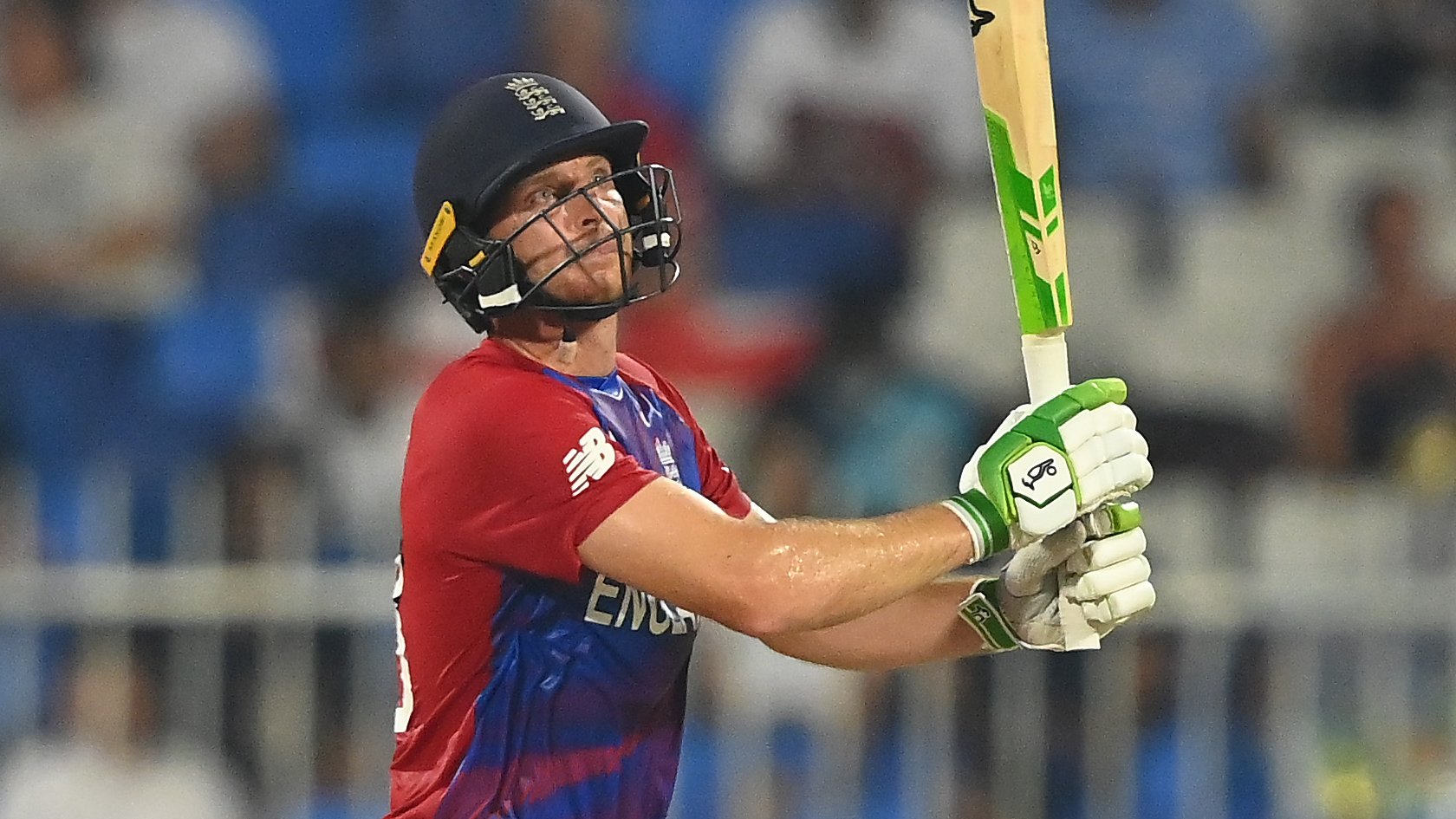 Jos Buttler on Monday became the first England batsman to score a century in all three formats and rated his unbeaten 101 at the Twenty20 World Cup as "right up there" in his glorious career.

Buttler's maiden T20 ton steered England to 163 for seven and a 26-run win over Sri Lanka in Sharjah to extend their unbeaten streak to four in the Super 12 stage.

Buttler smashed six fours and six sixes in his 67-ball knock and put on 112 with skipper Eoin Morgan, who made 40, to lift England after they were in trouble at 35-3.

"Right up there. Hopefully still more good days to come but I certainly enjoyed today," the wicketkeeper-batsman said on his first T20 hundred in 86 internationals.

"To put in a performance in a World Cup, they're all must-win games in this tournament. Delighted to, I think, come through the innings, as well.

"At periods I was finding it tricky, so to use all my experience and stayed patient, trusted that it would come at some point in the innings. Obviously delighted with the win."

The 31-year-old has two Test hundreds and nine ODI centuries since his international debut in 2011 during a T20 match against India in Manchester.

Buttler insists the records are good to remember but match-winning knocks for the team is what drives him.

"It's great. Probably something that I look back at some point and it's a nice accolade to have," Buttler said on his centuries across formats.

England's win also bucked the tournament trend of most team's winning while chasing due to the onset of dew which makes bowling second difficult in the United Arab Emirates.

The Three Lions fought back with the century stand between the right-left batting combine of Buttler and Morgan after losing early wickets following Sri Lanka's decision to field.

Adil Rashid then returned figures of 2-19 from his four overs of leg spin to lead the charge as England bowled out Sri Lanka for 137 in 19 overs despite the dew setting in.

"It's hard to guess if the dew is going to come in or not. Obviously tonight it did, and I think it certainly changed conditions," said Buttler.

"I think it was a great win for us as a team. The three matches before we've won the toss and done what we wanted to do. Today to be probably on the worse end of the conditions, to show the character we did as a side."

He added: "One of our bowlers getting injured, guys having to step up and bowl some overs at tough times. I think the character in the group and what that will do for us as a side is fantastic."

Tymal Mills pulled out midway from his second over with a likely hamstring or calf strain with fellow quick Chris Woakes bowling the remaining three balls.

Buttler also ran out Sri Lanka skipper Dasun Shanaka for 26 after an innings that gave England a scare with a direct throw to celebrate with arms stretched and big smile.

"I think the run-out at the time was the best feeling on the field today, you could probably see from the celebration," he said.