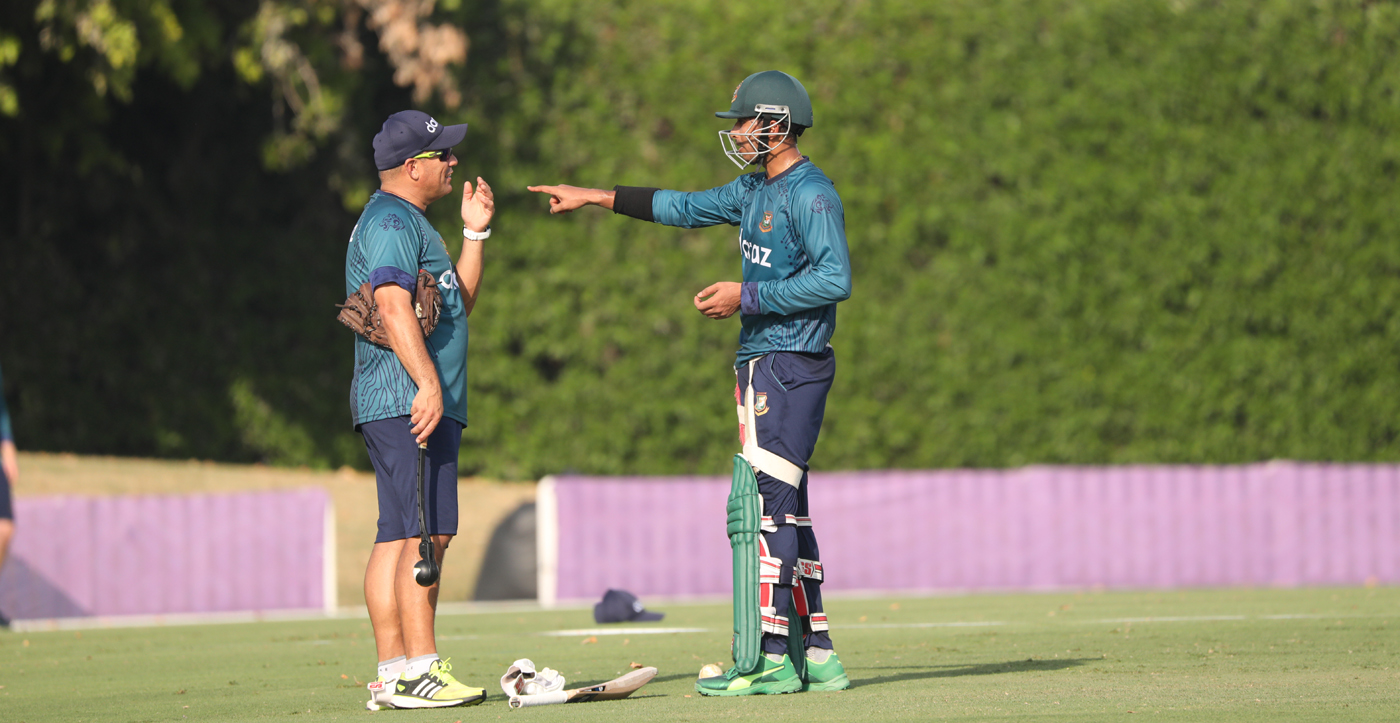 Bangladesh has lost all three of their Super 12s matches so far, and they enter Tuesday's encounter against South Africa with a narrow mathematical possibility of moving further in the competition if other results go their way.

Bangladeshi coach Russell Domingo wants his team to set their fixation with winning aside and focus instead on getting the job done.

"We know there's an obsession with winning and disappointment when you don't win. Our focus is the process and how we are going to achieve that win. Everybody is trying to win every single game but when you are focused only on that, you lose track of the things you need to do to get that win "I think we have to focus on our skills and processes in tomorrow's game. If we do that, hopefully, the result goes our way,” Domingo said on the eve of the South Africa game.

He believes that the fact that they were able to run Sri Lanka and the West Indies close should give them some confidence.

There's still time to improve on that record by winning the final two Super 12 games. It will be a significant step forward for us.

"Bangladesh has only ever won one game in the T20 World Cup's second phase."

"[So far in the Super 12s] we have played against past champions Sri Lanka, England and West Indies. They are tough sides. In two of those games, we were on top for almost 80-90% of those games. We have to look at the positives,