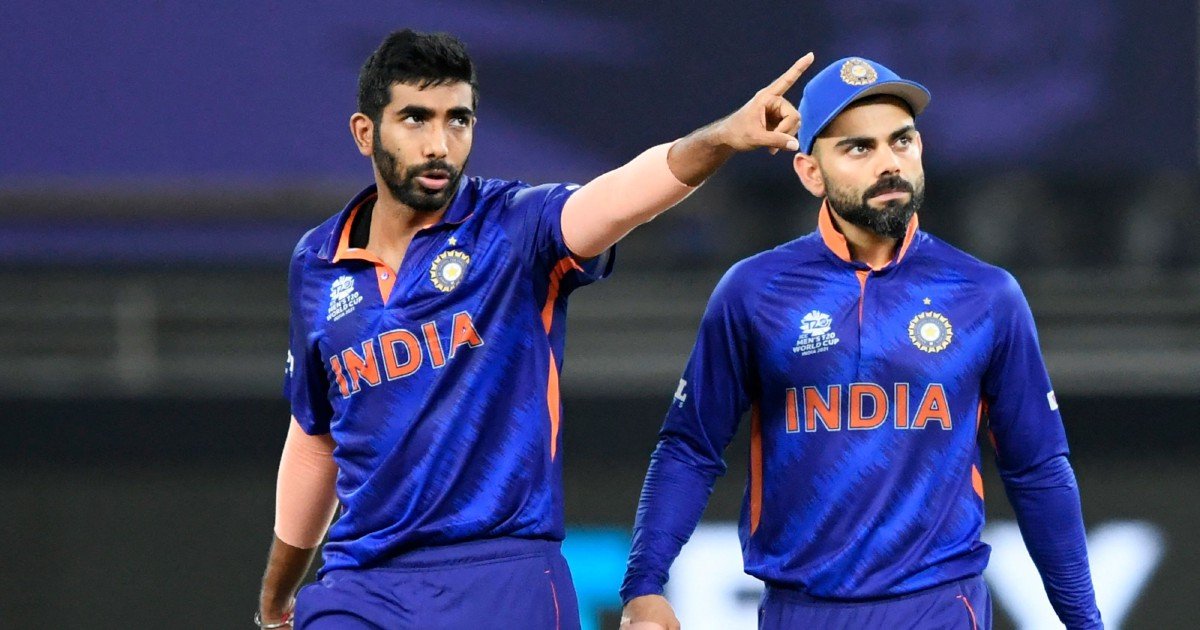 India's Jasprit Bumrah on Sunday said they will "analyse and move forward" to keep their Twenty20 World Cup hopes alive despite a crushing eight-wicket defeat to New Zealand.

Trent Boult led an inspired bowling attack to help New Zealand hand India a second successive loss of the Super 12 stage after keeping Virat Kohli's team down to 110-7 in Dubai.

Daryl Mitchell (49) and skipper Kane Williamson (33 not out) put on 72 runs for the second wicket as the Kiwis romped home with 33 balls to spare.

But Bumrah remains positive that India, who came in as tournament favourites but went down to rivals Pakistan by 10 wickets in their opener, will bounce back.

"As a sportsman, you face a lot of days in cricket. Some days will be good and some days will be bad," Bumrah, who took the only two wickets to fall in the New Zealand innings, told reporters.

"All of these things are always part and parcel of a cricketer's life. Try to stay in the moment, analyse what went wrong, what went well and try to move forward. That's the only way you can move forward in this game."

India face a daunting task to make the final four as they are placed fifth in their group led by Pakistan who have won all their three matches.

India next play Afghanistan, who are second with two wins from three matches, in a must-win match in Abu Dhabi on Wednesday.

The famed Indian batting line-up including Kohli and Rohit Sharma faltered against a lethal New Zealand who won the toss and opted to field first.

Boult (3-20) and leg-spinner Ish Sodhi shared five wickets to corner India on a wicket that became better to bat in the second innings.

"In doing that process, we played a lot of attacking shots that didn't come off today."

He added: "In the second innings when we were bowling, the length ball was not holding up while in the first innings the pick and pulls were not coming off when they were bowling length balls and shot-making was difficult."

Bumrah also talked of bubble fatigue "creeping in" after coming into the tournament directly from the Indian Premier League which was completed in the United Arab Emirates two days before the start of T20's showpiece event.

Meanwhile Sodhi, who turned 29 on Sunday, got received the perfect birthday gift with a man of the match award in his team's first victory in the Super 12 stage.

But the leg-spinner praised his team's pace bowlers including Boult, Tim Southee and Adam Milne for a combined show that dismantled India.

"(Credit to) the powerplay bowlers for keeping it really tight. And Trent Boult and Tim Southee, obviously stalwarts in New Zealand cricket," said the Indian-born Sodhi.

"But I thought Adam Milne had a tough over (first over went for 15) but he came back exceptionally well and finished with some pretty good figures (1-30) on that wicket.

"I think as a collective, the team bowling performance was a pretty good one."

New Zealand are third in the group after they lost their opener to Pakistan.