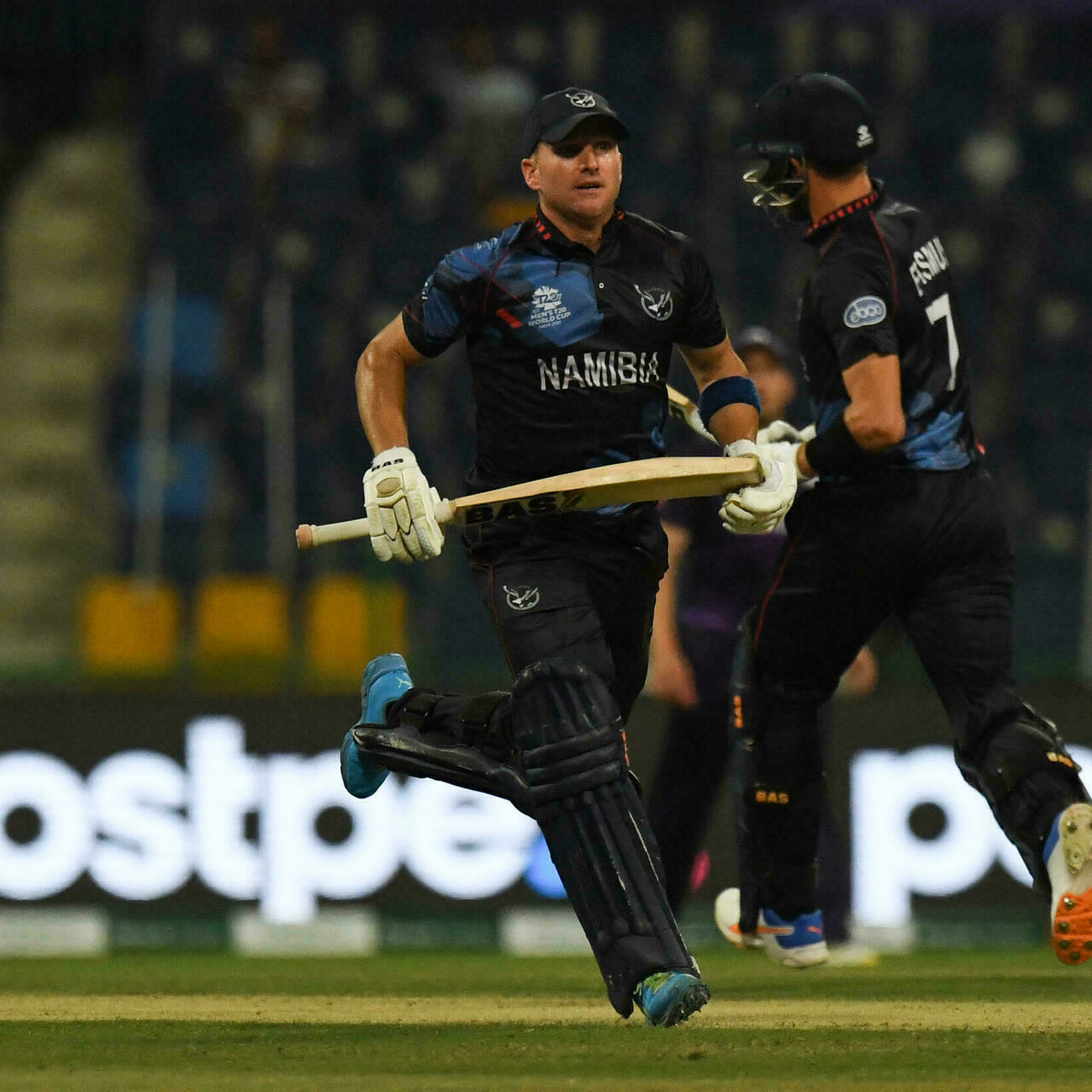 Namibia's Craig Williams will attempt to master Afghanistan's spin wizards at the T20 World Cup on Sunday -- and then celebrate by compiling dry insurance statistical data.

The 37-year-old opener, like many of his teammates, fits in his love of cricket with the demands of a full-time job.

In his case as a quantity surveyor.

"I do a lot of insurance, loss adjusting. That's actually my main job," he explained on Saturday.

"I say I'm looking for someone to prove me wrong, but I think I'm the only person playing in the World Cup who goes home at night and does report writing for insurance companies back home."

Namibia, the lowest-ranked team at the World Cup, only have 18 full-time players.

However, their lowly status did not prevent them from qualifying for the global showpiece for the first time and then get their Super 12 campaign underway with a four-wicket win over Scotland.

Bigger challenges are ahead. After Afghanistan, they face India, Pakistan and New Zealand.

Williams retired from the sport in 2018 to focus on his full-time work but was lured back by coach Pierre de Bruyn.

Still, cricket remains "a bonus" for a man who also runs an indoor cricket centre, a cricket shop and a junior academy.

"There's a whole lot of things that I do back home business-wise to keep me going. Playing cricket for the Namibian national team is just a bonus," said the South African-born Williams.

"It's something that -- it's just basically a niche. I wouldn't call it a hobby because I feel we're professionals, but I think that's why I'm enjoying it so much, is that I don't rely on it 100 percent. I've got other things that keep me busy."