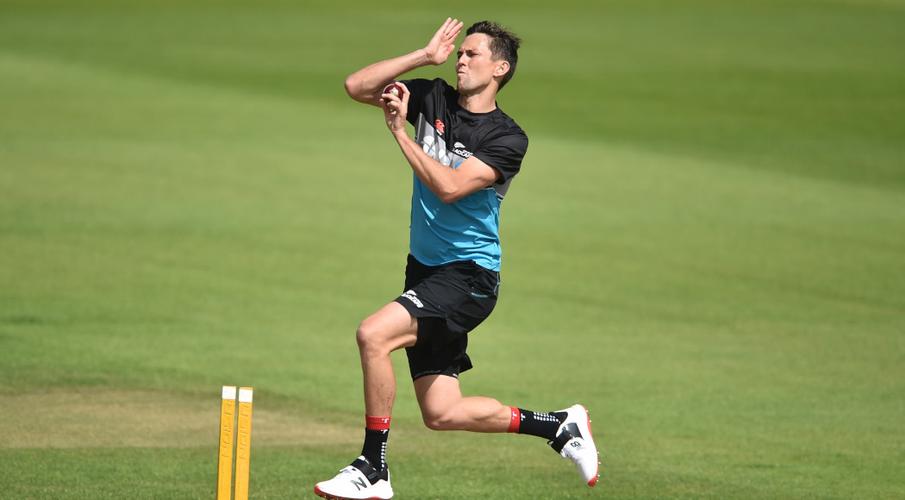 Shaheen Shah Afridi stole the show in Dubai last Sunday, with his (in)swing and seam ripping through India's top order. Trent Boult, New Zealand's left-arm swing bowler, is salivating at the idea of pulling an Afridi on India on Sunday in Dubai.

Boult has 71 wickets in 16 games against India in different formats. He has a good head-to-head record against Rohit Sharma, having dismissed him three times in seven T20 innings while allowing only 29 runs off 24 deliveries.

"It depends when I get to bowl. Not too sure what the plan is with what overs certain bowlers are bowling, but yeah the way Shaheen bowled the other night was... from a left-armer watching on I thought it was amazing. But, yeah, there's qualify batsmen in that Indian line-up,” Boult said on the eve of the match against India.

Early wickets are definitely the focus for us as a bowling group. But, here, we just need to be nice and clear and nice and accurate where we are trying to put the ball. But, hopefully from my point of view, it swings around a little bit and I can mirror what Shaheen did the other night (laughs)."

The toss has been a big part of this T20 World Cup so far, with the teams chasing it winning all but two games in the Super 12s in the UAE. Boult was concerned of it, as well as the potential of dew, but backed New Zealand to find a way to defend a total in Dubai.

"Whatever we do first, we need to do it extremely well. India brings a lot of challenges - quality batting line-up, but with the ball we just need to be clear about the options on how to shut these guys down and obviously give them a bigger chase as possible, but it's going to be a good challenge. Our first game in Dubai, but the wicket looks pretty good there. Yeah, really look forward to taking them on” he added.