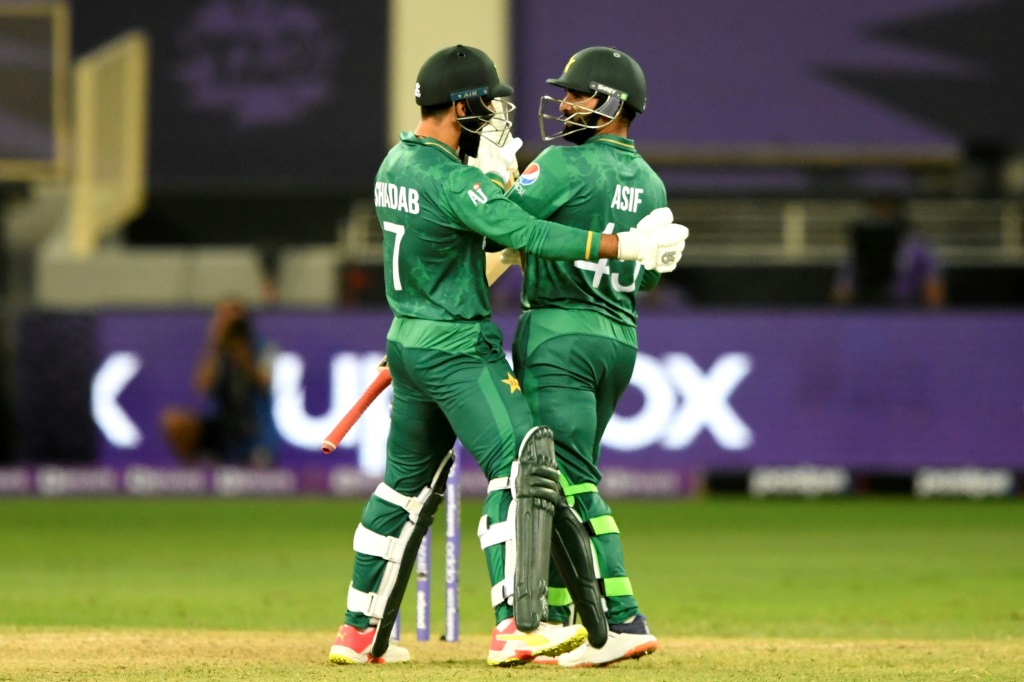 Dashing batsman Asif Ali said he had been confident he would hit sixes after leading Pakistan to a hard-fought five-wicket victory over Afghanistan in the Twenty20 World Cup in Dubai on Friday.

The 30-year-old smashed pacer Karim Janat for four sixes in the 19th over to take Pakistan past a tricky 148-run target, giving them three wins in as many games in the Group 2 of the Super 12 Stages.

The 2009 champions now need one more win against either Namibia or Scotland to qualify for the semi-finals.

"I have confidence in my hitting and that paid off," said Asif after the match. "I hit sixes towards the longer side of the boundary."

Pakistan, chasing 148 to win, were well placed at 122-3 in the 17th over when Afghan leg-spinner Rashid Khan turned the match on its head, bowling Babar Azam for 51.

In the next over, Naveen-ul-Haq conceded just two runs and dismissed veteran Shoaib Malik for 19.

Shadab Khan came in for the last ball of the over and guided a shot into space, but Asif refused a single, taking the fate of the match in his hands.

With Pakistan needing 24 off the last two overs, he went on the rampage against Janat, smashing the first, third, fifth and sixth deliveries high over the boundary.

"Yes, I knew that there was a single, but I had confidence that I will hit sixes and score the needed runs," Asif said.

"They did not bowl towards the shorter boundaries but I hit him towards the longer side."

Asif said he had been practising batting under such pressure.

Maligned for his poor form despite being given consistent chances by team management, Asif said he ignored criticism.

Pakistan play Namibia in Abu Dhabi on Tuesday followed by their last match against Scotland in Sharjah on November 7.

The top two teams from each Group qualify for the semi-finals.