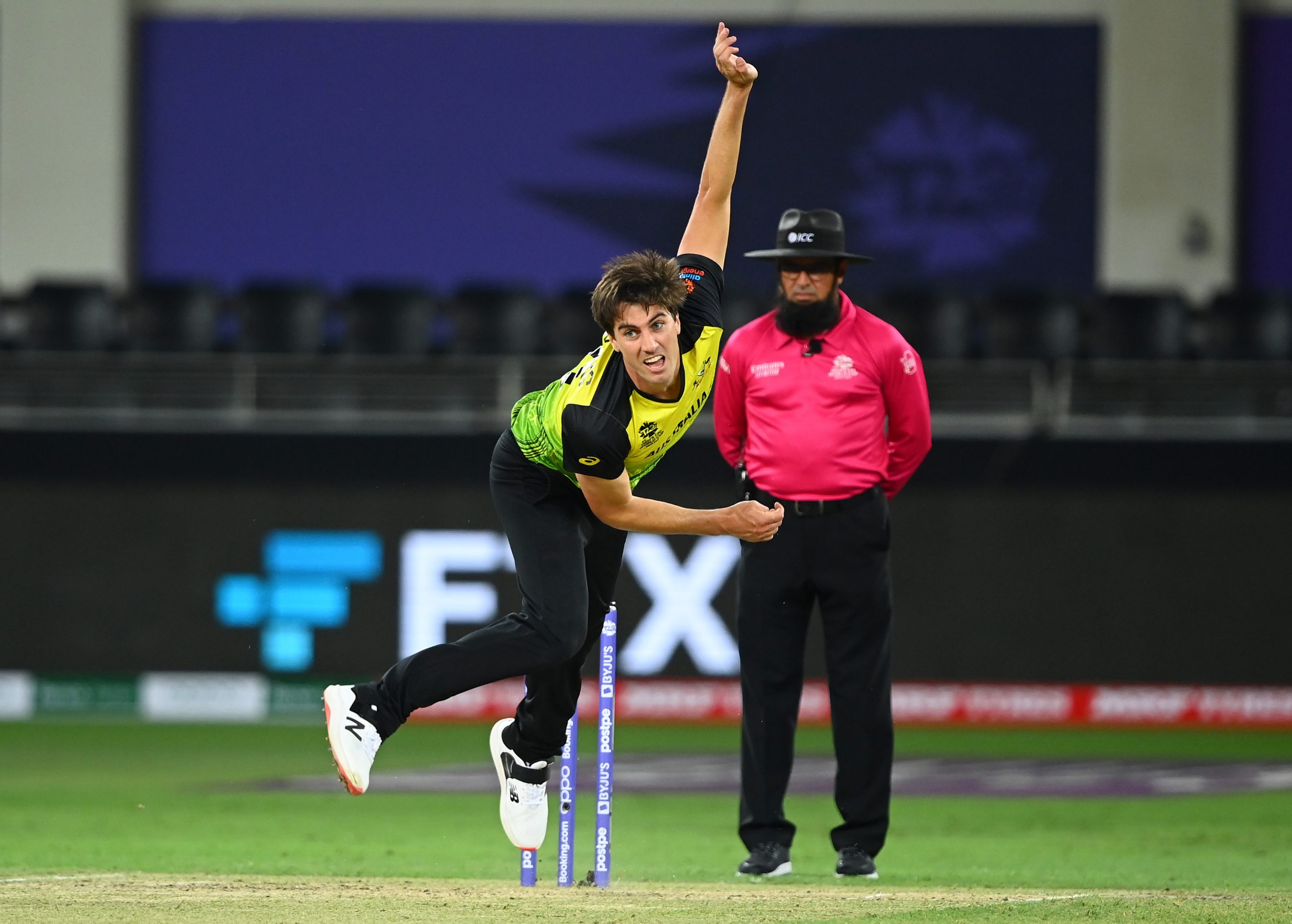 Australia fast bowler Pat Cummins hailed England as the "form team" in white-ball cricket but shrugged off the potential impact on the forthcoming Ashes of Saturday's T20 World Cup clash.

Eoin Morgan's England are the 50-over World Cup champions and chasing a second T20 global title after their 2010 triumph.

Both teams go into Saturday's clash in Dubai with two wins in two games and the semi-finals enticingly within reach.

Adding extra spice is the approaching Ashes series which starts in December.

"It's always huge. We play England a lot. I think the style of play is quite similar. We like to take the game on," said Cummins on Friday.

"They've been probably just about the form team the last few years in white ball cricket.

"We know it's such a big game in the context of making the semi-finals."

Australia are the current holders of the Ashes. However, few in the T20 teams are regular Test players.

For example, Morgan and Australia skipper Aaron Finch will not be involved while England fast bowler Tymal Mills only plays the T20 format.

"The majority of the side are mainly white ball players. Different format. I wouldn't read into it too much," added Cummins who does excel in both formats.

In the 2019 Ashes in England, he was his team's leading wicket-taker with 28.

One of the key figures in the forthcoming Ashes series will be opener David Warner who smashed an attacking 65 in Thursday's seven-wicket win over Sri Lanka.

"He is fantastic. He's a big-game player. He likes to take on the big teams. I'm sure tomorrow you'll see him puffing his chest out, and he's someone that our whole team absolutely loves playing alongside," said Cummins.

The 28-year-old fast bowler has no doubt that Warner will also be key in the Ashes, backing him to shine at the top of the order.

That's despite his miserable performance in England in 2019 where he scored just 95 runs in 10 innings for an average of only 9.50 and a highest score of 61.

Seven times he was dismissed by Stuart Broad who will be facing him again later this year.

"There's huge expectations that he puts on himself," said Cummins.

"He's been around enough to know that runs aren't too far away. It's frustrating, but every player that's been around for a decade kind of goes through those patches.

"He's his own harshest critic."