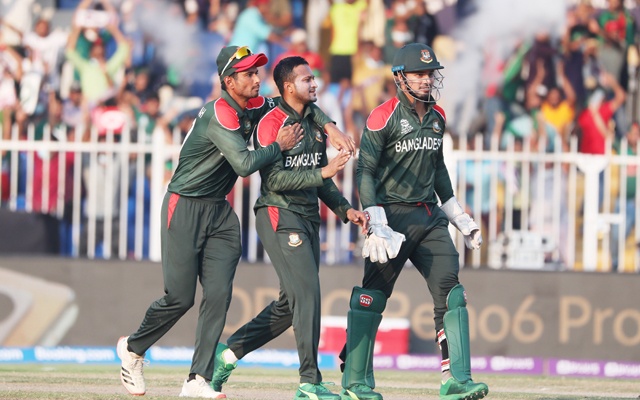 In an unofficial knockout game in Group 1 of the Super 12 stage of the T20 World Cup, Bangladesh will face reigning champions West Indies at Sharjah Cricket Stadium on Friday.

Both Bangladesh and the West Indies have lost their first two games and are fighting for a spot in the semi-finals.

Bangladesh wicket-keeper batsman Nurul Hasan Sohan believes Bangladesh could come back strong against the winless Windies as they have played well in the last two or three series against them.

“I don't think there are big or small teams in T20s. Those who do well in their day will win. This match is much more important for us. I have seen before when the bad times come in Bangladesh team, it has turned around from there. We could come back that way again. We are just waiting to win a match” Sohan said in a pre-match virtual press conference.

I think everyone here (against the West Indies) is eager to give their all. The result will be seen at the end of the game but we want to try with our hundred percent. As we have played well in the last two or three series against West Indies in T20, those will be inspiring” he added.

Bangladesh and the West Indies are currently placed fifth and sixth respectively in Group A.