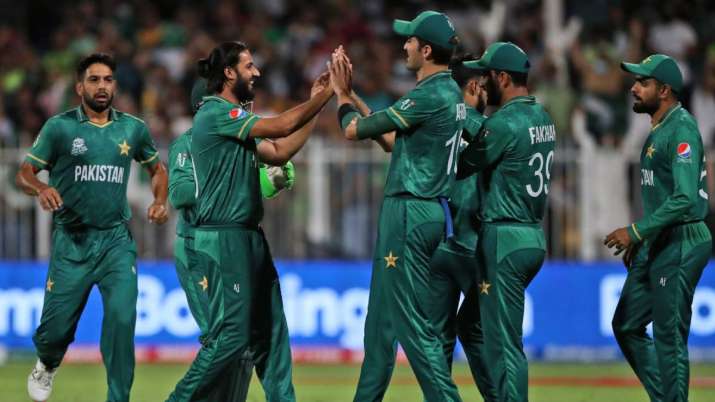 Pakistan's interim head coach Saqlain Mushtaq declared that his team have "the mindset of champions" as they play Afghanistan in the Twenty20 World Cup in Dubai on Friday.

The 2009 champions thumped arch rivals India by 10 wickets in their opening match followed by a nervy five-wicket win over New Zealand, making them well placed for the semi-finals.

"We are playing with the mindset of world champions," Saqlain said on Thursday.

"The two wins have given us the confidence and belief to achieve that goal."

Saqlain replaced Misbah-ul-Haq, who resigned last month, and is bringing his experience as a spin-bowling consultant for England, Bangladesh and New Zealand in the past.

Saqlain said his team needed to be wary of a dangerous Afghanistan.

"We know Afghanistan is a very good team but our plans are well-placed and we need to execute those plans as we have done in the first two games," he added.

"Rashid and Mujeeb are quality spinners and have been doing well for their team as well as in the private leagues around the world, but we have plans against them," said Saqlain.

He praised the unity of his players, saying it has helped them achieve good results.

"Our theme is 'together we achieve' and it's not 'I did well' or 'he did well', but it's 'we did well' sort and that has helped us gel well."

Saqlain pointed out that Pakistan have played most of their cricket in recent years in the United Arab Emirates.

"These conditions of the UAE are very familiar for my players and we have been playing home international matches and Pakistan Super League games here and that has, and will, help our players."

Pakistan will play Namibia on November 2 and Scotland five days later in the Super 12 stage.

But looking farther ahead, Saqlain hopes to meet India again at the World Cup -- this time in the final.

"If India comes in the final, then it would be very good for the International Cricket Council, fans around the world and for world cricket," he said.

"That will bring the two countries closer. For me, it should be a win for love and defeat for hate."