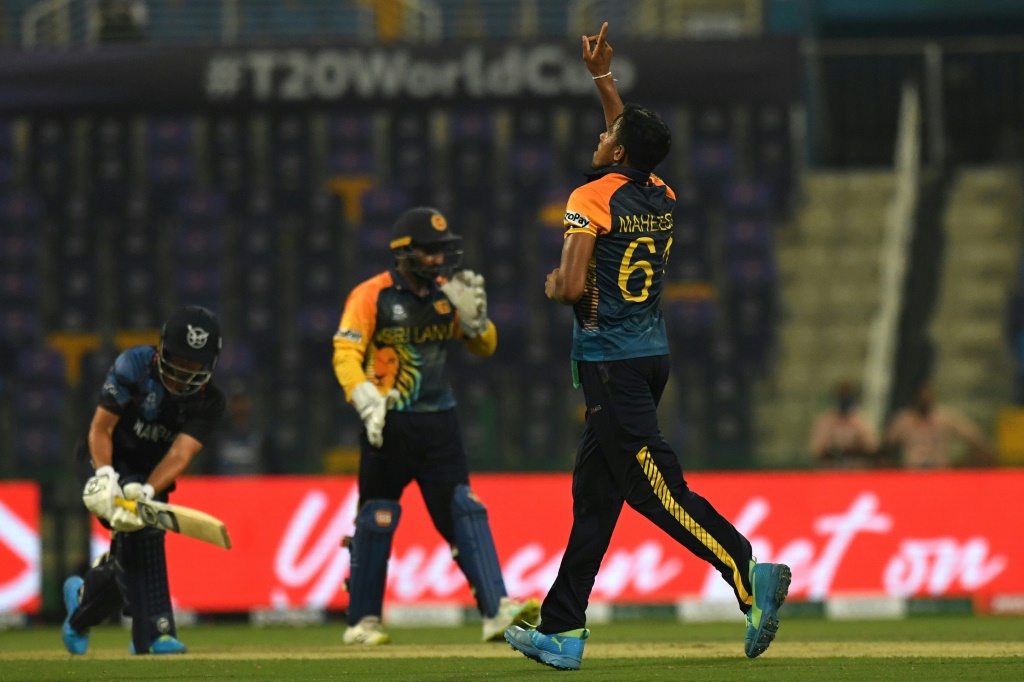 Sri Lanka mystery spinner Maheesh Theekshana will attempt to bamboozle Australia at the T20 World Cup on Thursday with coach Mickey Arthur backing the 21-year-old to "pose some questions".

However, a back injury ruled him out of the five-wicket win over Bangladesh at the weekend in a game where his team surrendered 171 runs.

On the low, slow wickets of the Gulf, spinners are key, even more so when they come armed with a bag full of tricks.

"He's a quality bowler, he's a mystery bowler. He's still young. He's still making his way in the game," said Arthur of Theekshana who only made his international debut in September.

"If you haven't seen Maheesh, he certainly poses some questions.

"He has a couple of different balls that do make you quite hesitant if you can't pick them. So it will be an interesting contest tomorrow."

Theekshana not only bowls traditional off-spin.

He has mastered the googly and the carrom ball, the aerodynamically challenging delivery which is produced by flicking the ball out from between the thumb and the bent middle finger.

Arthur, meanwhile, is on a personally impressive winning run in the UAE due to his three-year spell coaching Pakistan when the Asian giants were exiled in the Gulf due to the security situation at home.

He has 15 successive T20 wins to his name and if he gets to 16 on Thursday, it will be particularly sweet as he also coached Australia from 2010 until he was sacked in 2013.

"We do know the wickets and with Pakistan we also had a set format that we played to, a set brand," said the 53-year-old South African.

"And we've sort of tried to replicate that just a little bit with the Sri Lankan boys. So that's certainly helped.

"Conditions aren't overly different to what we experience in Sri Lanka. So that's helped our guys as well. And let's just hope that 15 becomes 16 tomorrow."