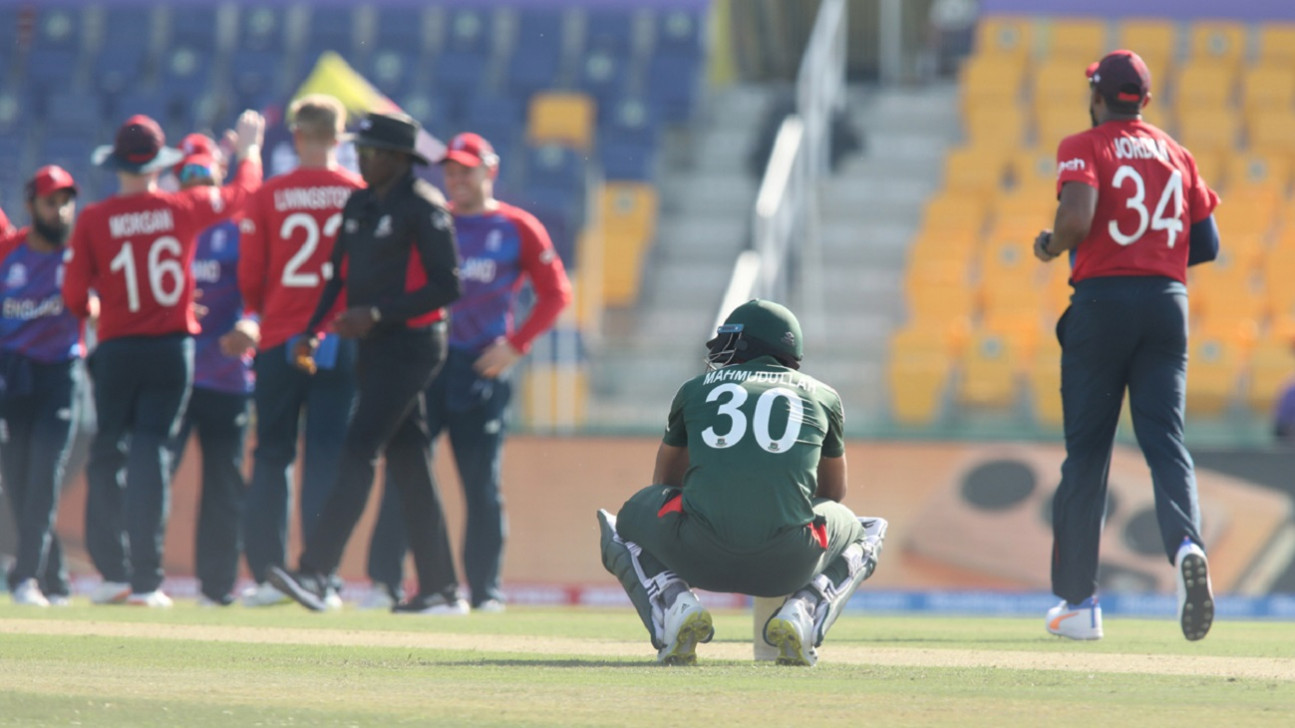 Opening batter Roy smashed 61 off 38 balls steered the side to their victory target of 125 with 35 balls and eight wickets in hand.

Roy made his seventh T20 half-century in his 50th T20 match and put on a partnership of 73 with Dawid Malan, who was unbeaten on 28. Earlier Roy played a knock of 18 runs.

Left-arm orthodox Nasum Ahmed and Shoriful took one wicket each for Bangladesh.

Bangladesh made a poor start as they had lost three wickets in the first powerplay, Mooen Ali took two wickets followed by Chris Woakes which dismantled the top-order at 26-3.

Moeen had Liton Das caught at deep square leg and then sent back Mohammad Naim trudging back to the pavilion for five. Woakes claimed Shakib Al Hasan's with with Adil Rashid taking a good catch running backwards.

Mushfiqur and the skipper Mahmudullah Riyad tried to repair the damage in a 37-run partnership before Livingstone broke through.

Mushfiqur Rahim scored the highest run for the side (29 off 30) aided by three boundaries. Skipper played a knock of 19 off 24.

Bangladesh kept faltering as a run out cost Afif Hossain his wicket for five runs. While Nasum Ahmed played a cameo innings of 19 off 9 hitting 1 four and two sixes.