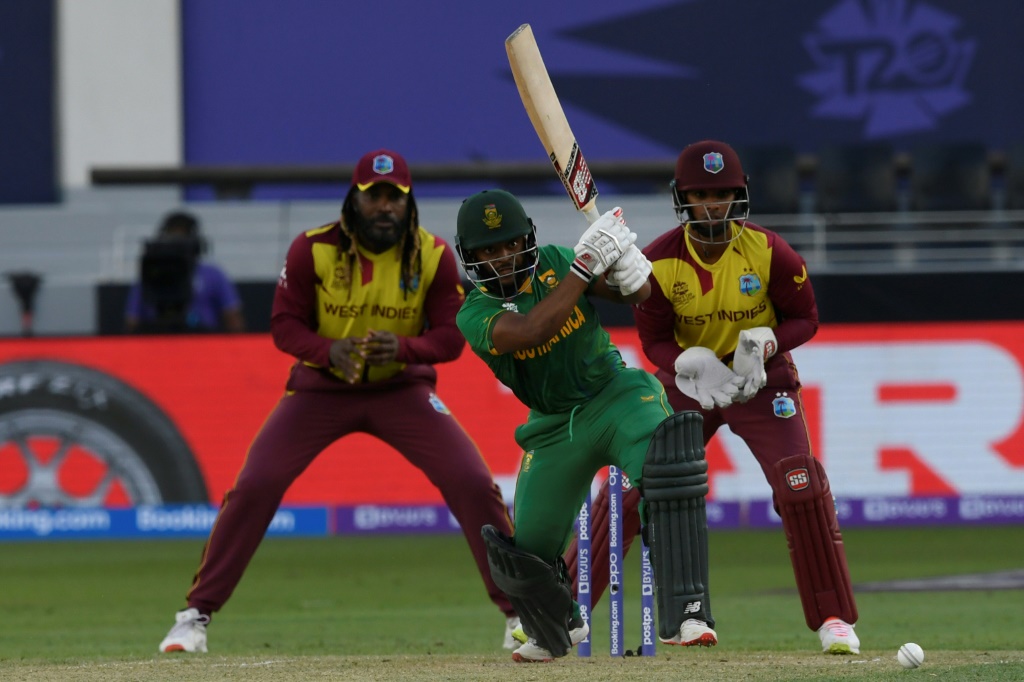 South Africa captain Temba Bavuma said star teammate Quinton de Kock's refusal to take the knee ahead of Tuesday's Twenty20 World Cup clash came as a surprise on what turned out to one of his "toughest days" as skipper.

De Kock pulled out of the Super 12 match against holders West Indies after Cricket South Africa ordered its players to lend support to the anti-racism movement in Dubai.

But the wicketkeeper-batsman and former captain chose to opt out of the match that South Africa went on to win by eight wickets and bounce back from their opening loss to Australia.

"We were obviously surprised and taken aback by the news," Bavuma told reporters after the match.

"Obviously Quinton is a big player for the team, not just with the bat, but the role he plays from a senior point of view and not having that at my disposal as a captain was obviously something I wasn't looking forward to."

Bavuma, who earlier this year became the first coloured captain of South Africa after replacing De Kock in the white-ball format, revealed that he came to know of De Kock's decision in the bus ride to Dubai.

But Bavuma said he still respects the stand of his senior player.

"The instruction from the board (to take the knee) came in this morning. A meeting was convened between a couple of members, and that's where that message was passed on to us," said Bavuma.

"I think the trip (to the stadium) was about an hour and a half to two hours. In that trip I guess that's where Quinton made his decision. We found out -- I found out as the captain when we got to the changing room."

He added, "Quinton is an adult. He's a man in his own shoes. We respect his decision. We respect his convictions. I know that he'll be standing behind whatever decision that he's taken.

"From the team's point of view, unfortunately we still have to get the job done. There was still a game of cricket there for our country, and it was important, as much as everything was happening, that we found a way to get into the right mental space and take it home for our country."

De Kock, 28, had previously refused to take part in the anti-racism gesture that has become a regular feature in most sporting events.

Bavuma's team took the knee after their decision to field first in the crucial match and kept down the West Indies to 143 for eight.

The captain was run out for two in the first over of South Africa's chase which was driven by Aiden Markram and Rassie van der Dussen as they won with eight wickets and 10 balls to spare.

Bavuma admitted the events of the day made it one of his toughest as leader of the side.

"To be honest with you, probably one of the toughest days I've had to deal with as a captain, as a leader of the team," he said.

"Probably for obvious reasons with the off-field matters. But I'm just glad that we were able to get into the right frame of mind as a team and play the way we played."

The South African board said they "await a further report from team management before deciding on the next steps".