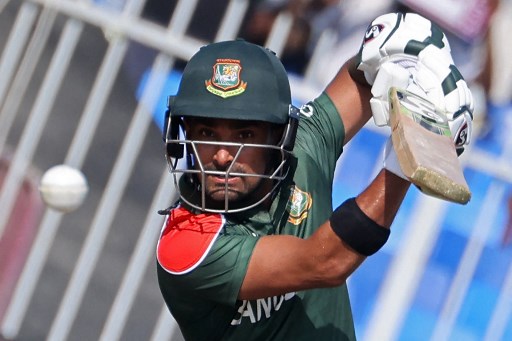 Bangladesh opener Liton Das's bat is not talking for a long time including in the ongoing ICC T20 World Cup in UAE. The run drought has also affected the fielding. The wicket-keeper batsman Liton, known as a smart fielder too, missed two easy catches in the Super 12 match against Sri Lanka yesterday [Sunday].

There is a lot of criticism for Liton’s overall performance. Pakistan legend Wasim Akram, member of their World Cup winning team (1992) also joined the criticism party.

Bangladesh were in control during the middle period of the game against the Lankans while defending 171 as Sri Lanka lost their fourth wicket in the 10th over when the score was 79.

In the 13th over, Liton dropped a crucial catch of Bhanuka Rajapaksa in Afif Hossain’s over and the left-handed batsman was batting on 14 then. He eventually scored 51 off 33 balls.

Liton also missed another crucial catch, this time off Mustafizur Rahman’s bowling in the 15th over. The batsman, Charith Asalanka was well set on 63.

In the post-match analysis in ‘A sports’, Wasim spoke about the form of Liton as he said that Liton has been asleep since the qualifying matches.

“Liton Das seems to have been asleep since the qualifiers. He could not score in the qualifying round, he is not fielding well. I don't know why he is in the team” said Akram.

Meanwhile, Sri Lanka's Lahiru Kumara and Liton of Bangladesh have been fined for an angry exchange in the emotionally charged match between the two Asian nations yesterday.