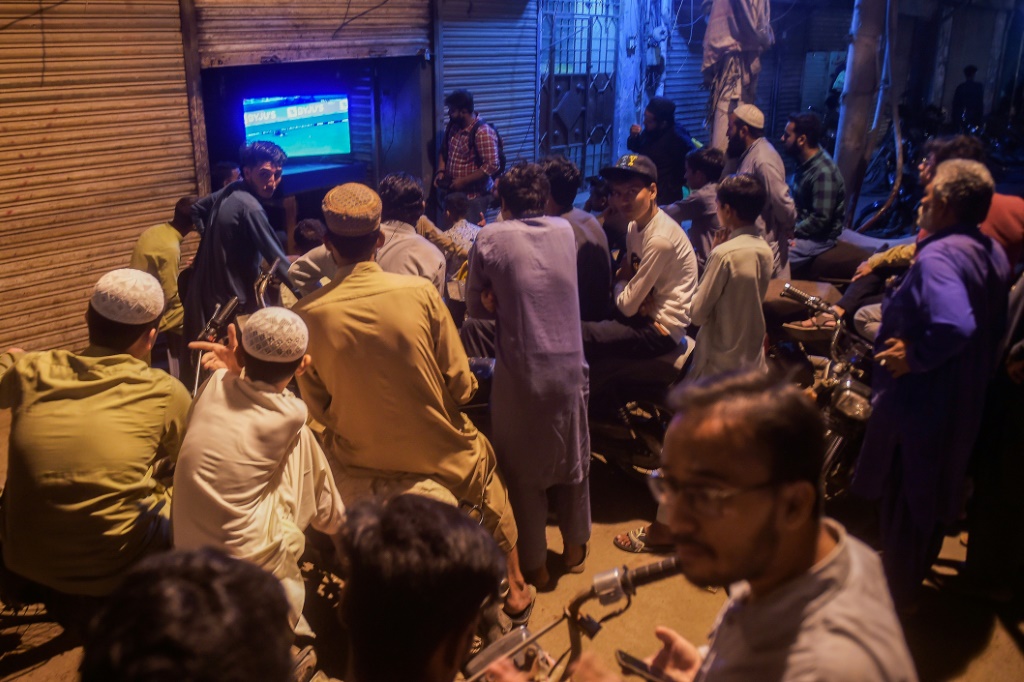 Jubilant cricket fans poured onto the streets across Pakistan on Sunday to hail their team's rout of arch-rivals India at the T20 World Cup in Dubai.

Pakistan romped to a 10-wicket triumph, a first ever at the World Cup level over their South Asian neighbours.

Celebratory gunfire erupted from the rooftops of houses in the capital Islamabad, Peshawar and Karachi while fireworks also lit up the sky.

"Congratulations to the Pakistan Team & esp to Babar Azam who led from the front, as well as to the brilliant performances of Rizwan & Shaheen Afridi," Prime Minister Imran Khan, who led Pakistan to victory in the 1992 World Cup cricket, tweeted.

Former Test cricketer and fast bowler Shoaib Akhtar said in a video message on Twitter: "Our team has broken the myth of the Indian cricket team.

"We are a civilised nation and we will not say anything bad. Well done India.. you have done wonderfully well but not enough to beat the mightiest Babar and Rizwan".

Chasing 152 for victory, skipper Babar Azam (68) and Mohammad Rizwan (79) steered their team home with 13 balls to spare in front of 20,000 fans in Dubai and a global TV audience of hundreds of millions.

Left-arm fast bowler Shaheen Shah Afridi set up victory with figures of 3-31 that restricted India to 151-7 despite a valiant 57 from captain Virat Kohli.

Cricket fan Shahid Ahmad, 22, a student in Peshawar told AFP: "It was a great victory. Pakistan has proved that we can win in any situation. It was even more important because this victory was against India."

Another Pakistani cricket fan, Muhammad Basit who came from the UK for the match, told AFP in Karachi: "It's a great feeling. Pakistan beat India in a very big match.

"We're bringing the power back. I think we are going to win the competition, Pakistan zindabad, all the way."