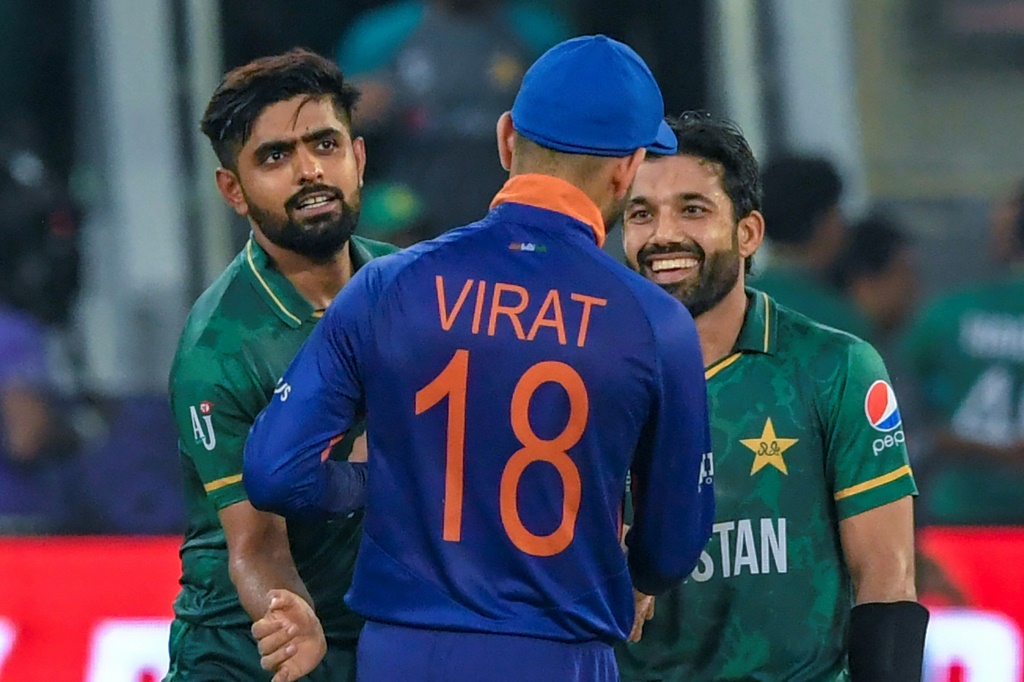 Skipper Virat Kohli on Sunday said India remain confident of bouncing back from their crushing 10-wicket defeat by rivals Pakistan in the Twenty20 World Cup.

Captain Babar Azam and Mohammad Rizwan steered Pakistan to their first ever win over India in World Cups with a clinical performance in Dubai.

India play their next Super 12 match on October 31 against New Zealand and Kohli believes the week-long break will help the team regroup.

"I think it works really well from all points of views," Kohli, who hit 57 in India's 151-7 while batting first, told reporters.

"We have played a full fledged season. We have played the IPL which is high octane by itself and then we come into this World Cup.

"So for us these big breaks are definitely going to help us as a team to be in the prime of physical condition that we need to be in his high intensity tournament."

He added: "It will help us to regroup as a team. And we have enough confidence in our ability that with this preparation time we will come out in a positive frame of mind."

But it was Shaheen Shah Afridi's lethal spell of bowling that rattled India who slipped to 3-31 with swashbuckling opener Rohit Sharma back in the pavilion for nought.

"In T20 cricket you need good execution to pick up wickets with the new ball and certainly he did that," Kohli said of the left-arm quick.

"So credit to him. He put our batsmen under pressure immediately with the new ball and ran in with intensity. Twenty-25 (more) runs would have been good but brilliant bowling in the first six did not allow us to get those runs."

Toss will be key

In reply, Babar and Rizwan came hard at the Indian bowling attack that had to deal with the dew in Dubai.

Kohli said the toss would be key in the upcoming matches if the dew sets in early.

"The more dew came in towards the second half of the Pakistan innings, they were able to rotate strike. We were not able to get the dot balls," said Kohli.

"Toss is definitely going to be a big factor in this tournament especially if dew keeps creeping in the later half of the game. You need those extra runs in the first half."

India came into the game with a 12-0 unbeaten record against their rivals in T20 and 50-over World Cups, but Pakistan broke the jinx.

Kohli dismissed suggestions that India were over-confident heading into the match.

"You don't go out there to take anything lightly, especially when play a team like Pakistan who on their day can beat anyone in the world," said Kohli.

"They were very professional. You have to give them credit, we tried out best. We tried to create enough pressure but they had the answers. No shame in accepting that a team played better than you."