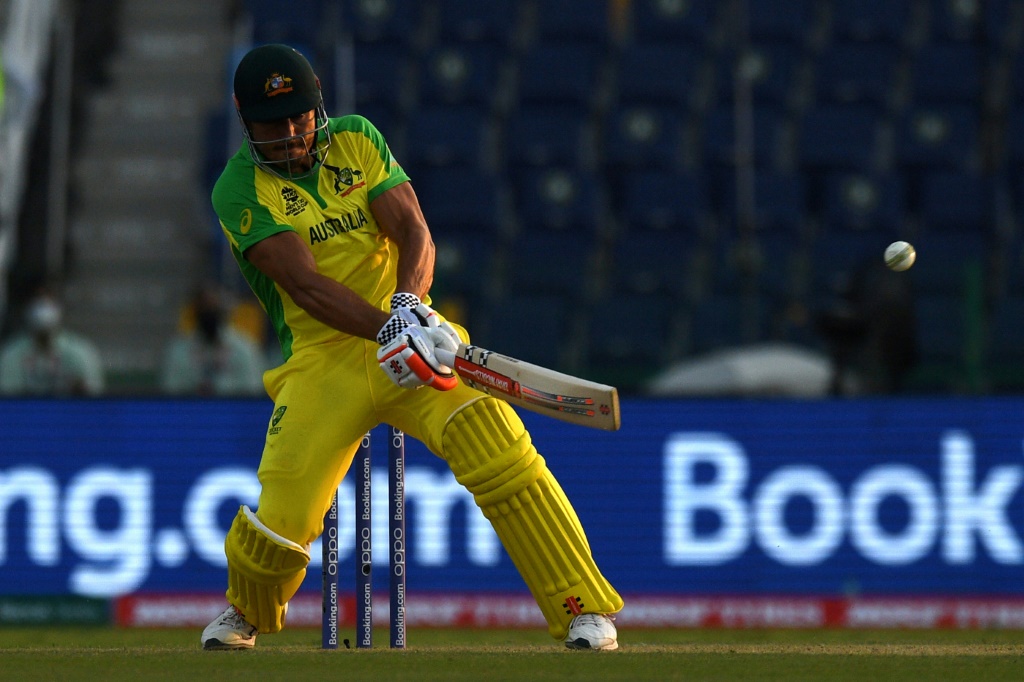 Marcus Stoinis admitted that as "a Greek Australian, it was hard to keep cool" as Australia defeated South Africa by five wickets in a low-scoring opening Super 12 game at the Twenty20 World Cup on Saturday.

Chasing a modest 119 for victory, Australia were in trouble at 81-5 after Steve Smith, who scored 35, and Glenn Maxwell, who made 18, departed.

However, Stoinis, who made 24, stood firm and put on an unbeaten stand of 40 with the left-handed Matthew Wade, who scored 15.

Stoinis hit the winning boundary to take Australia over the line with two balls to spare.

"The main thing for me there was trying to stay as calm as I can and for a Greek Australian that's pretty hard," 32-year-old Stoinis said.

"You saw a bit of emotion come out towards the end, but the main thing is Wadey and I were just communicating, trying to sort out who was going to bowl each over and making a plan and then staying calm from there."

Stoinis said the batting conditions on the notoriously slow pitches in the Gulf made it hard to pick up easy runs.

For a format renowned for its big-hitting, both sides managed just two sixes each.

"It's what we expected to an extent but it was quite hard to get under the ball because it was skidding on quite a bit and wasn't too quick," added Stoinis.