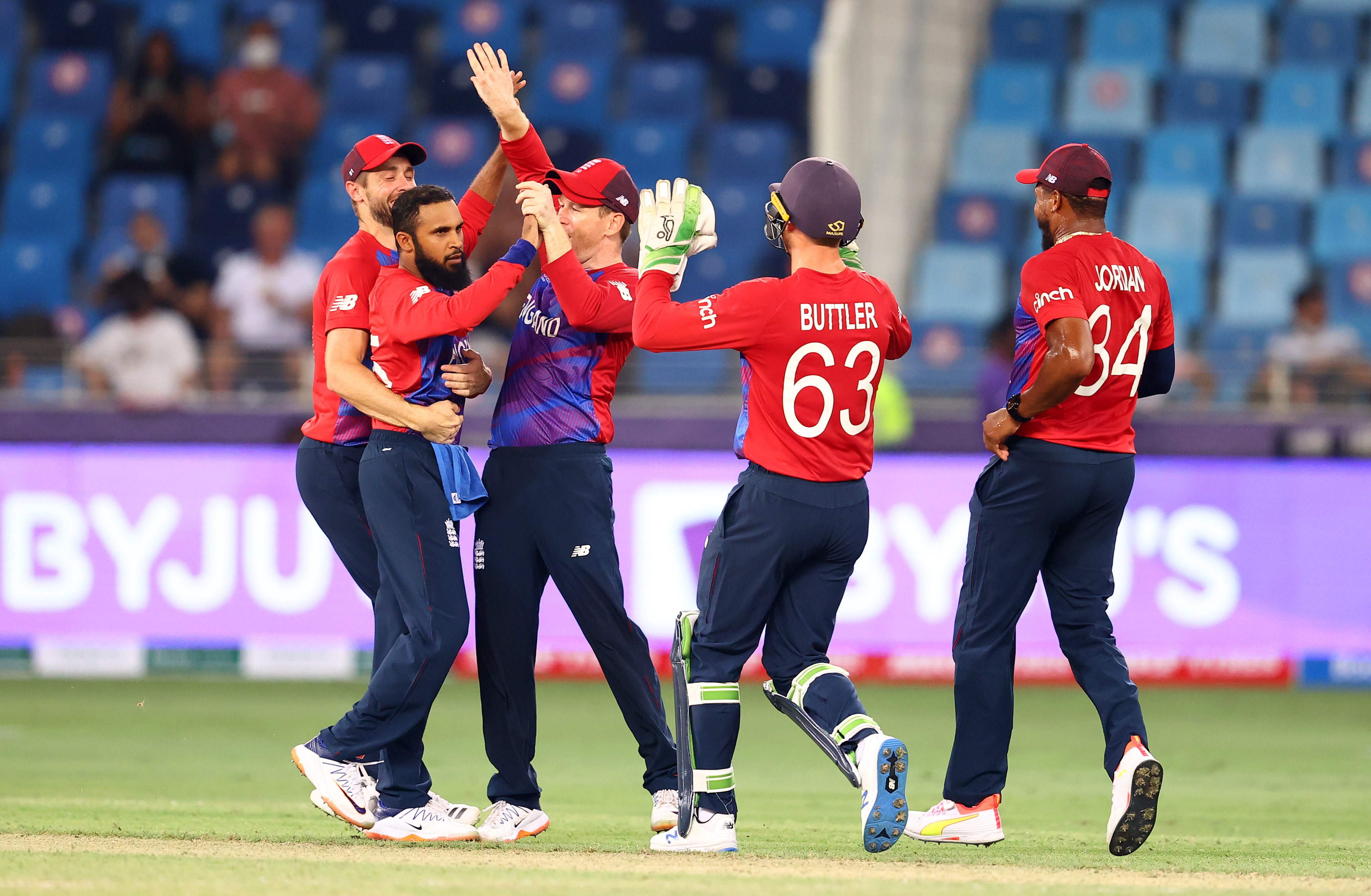 Adil Rashid returned figures of 4-2 to set up a six-wicket victory for England after they dismissed defending champions West Indies for a paltry 55 at the Twenty20 World Cup on Saturday.

Left-arm spinner Akeal Hosein took two wickets and Moeen Ali was run out, but the target proved too meagre to challenge England.

Moeen opened the bowling for England with his off-spin and made an instant impact, first with a sharp running catch to remove Evin Lewis. He then got the wicket of Lendl Simmons.

Pace bowler Tymal Mills claimed two wickets including Chris Gayle, the only batsman to make double figures with his 13, as West Indies crumbled in a poor batting performance from the two-time champions.

Rashid entered the attack with West Indies on 44-6 and bowled the big-hitting Andre Russell for nought. He took two more wickets in successive balls in his next over and then wrapped up the innings.

He returned outstanding figures of 4-2 from his 2.2 overs of leg-spin.

West Indies avoided their worst T20 total of 45 against the same opposition in 2019.

The two sides met five years after their clash in the 2016 final in Kolkata when Carlos Brathwaite hit Ben Stokes for four straight sixes in the last over.

But with Saturday's crushing performance, England have fired a warning to their rivals in the seventh edition of T20's showpiece event.