As the Twenty20 World Cup enters the Super 12 stage, Here are four standout performances from the qualifying round which wrapped up Friday.

Chris Greaves smashed 45 off 28 balls to lift Scotland from a precarious 53-6 to 140-9 as his side stunned Bangladesh by six runs in Muscat.

"Really proud of Greaves, he had to sacrifice a lot. He was delivering parcels for Amazon not long ago and now he's getting man of the match and playing against Bangladesh," said Scotland captain Kyle Coetzer. 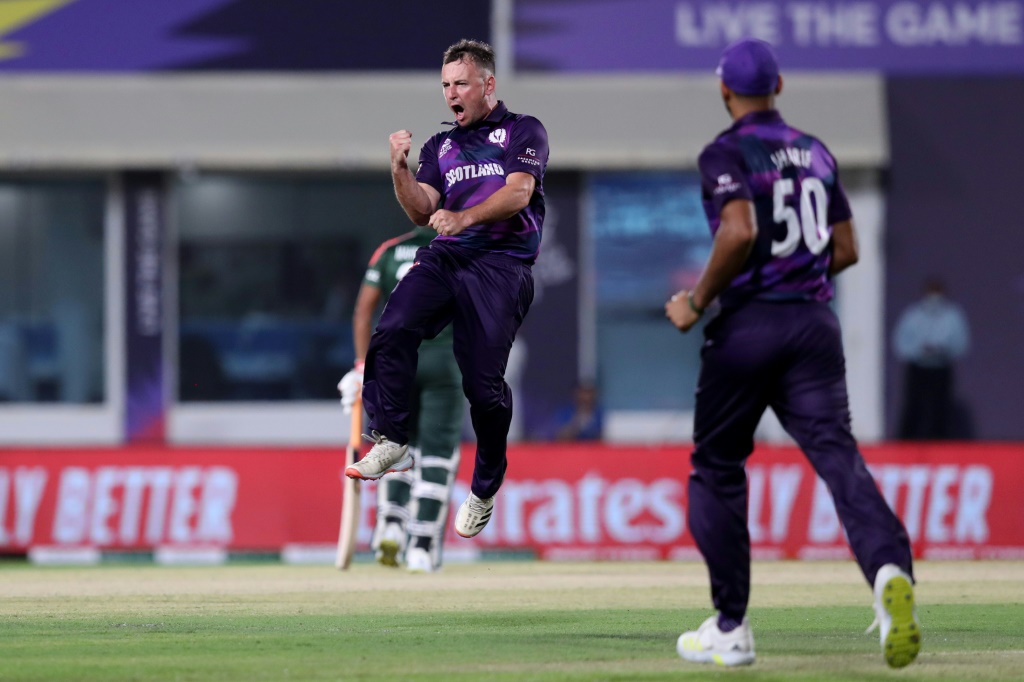 Campher took a hat-trick and then struck again to return figures of 4-26 as Netherlands were dismissed for 106 in Abu Dhabi.

"(We wanted) just to attack the stumps as much as possible and, obviously, with Curtis' four-wicket over he did exactly that," said skipper Andy Balbirnie. 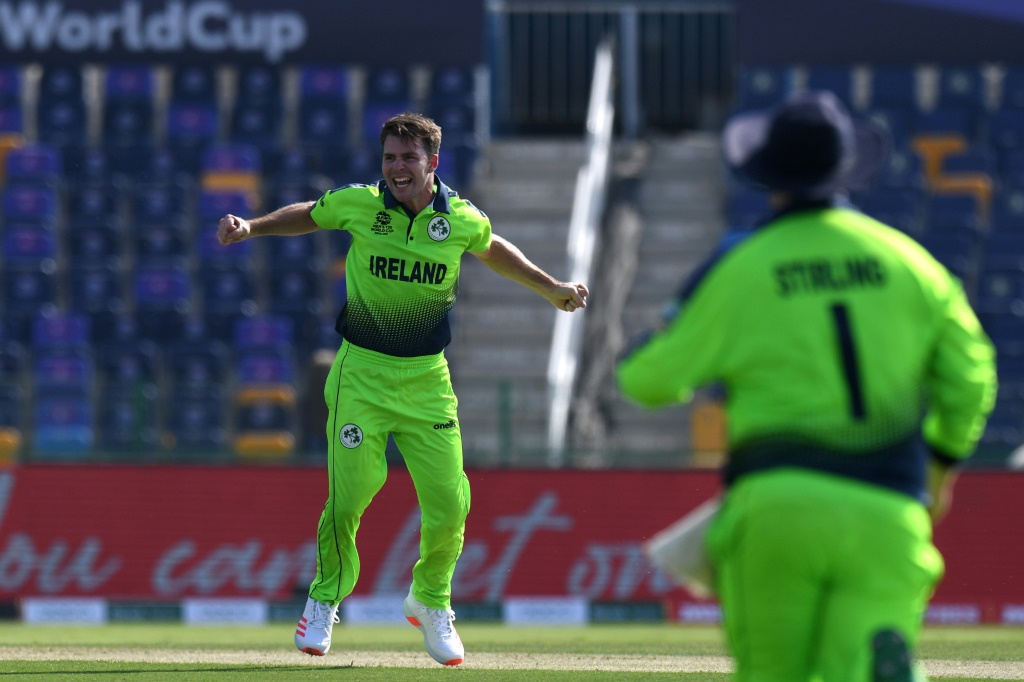 Campher sent back Colin Ackermann (11), Ryan ten Doeschate (0) and Scott Edwards (0) for a hat-trick and then bowled Roelof van der Merwe (0) in a sensational over.

The Johannesburg-born Campher was just the second player with a hat-trick in the men's T20 World Cup after Australia fast bowler Brett Lee, who achieved the feat against Bangladesh in the inaugural edition in 2007.

Bangladesh all-rounder Shakib Al Hasan was the driving force as his team recovered from their loss to Scotland to defeat Papua New Guinea and Oman to make the second round. 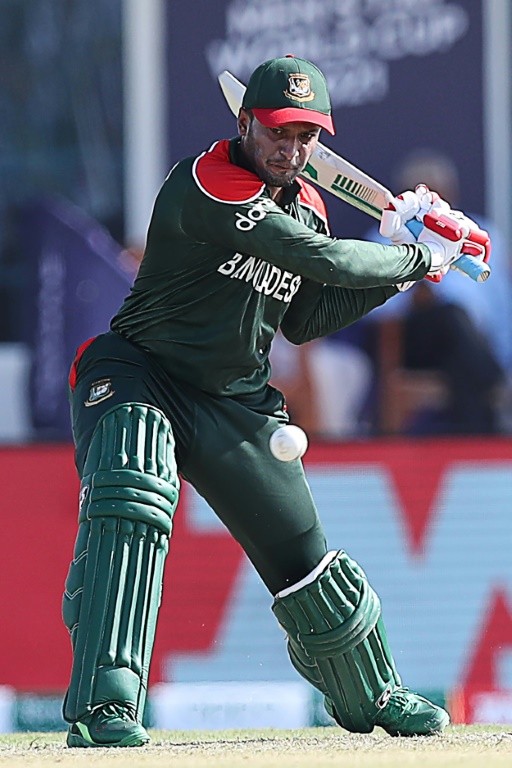 "I am a little tired," said Shakib as he looked ahead to the second round.

"I've been playing non-stop cricket for the last five or six months but hopefully we can pull it off."

David Wiese played at the 2016 World Cup for his native South Africa but with further opportunities limited, he switched his allegiance to neighbouring Namibia.

It's a move that has paid off for the 36-year-old who smashed 66 not out to help Namibia beat the Netherlands for a first win at the tournament. 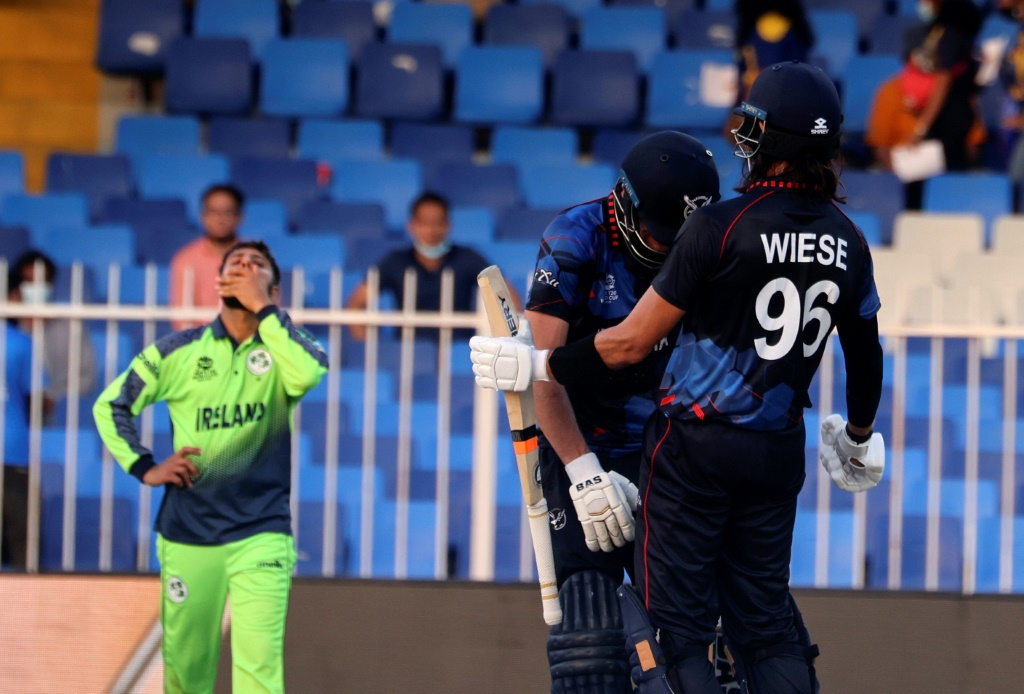 On Friday, he took 2-22 with the ball to help restrict Ireland to 125 for eight in a do-or-die encounter and then crashed 28 off just 14 balls as Namibia won by eight wickets to reach the Super 12.

"It's completely overwhelming," he said.