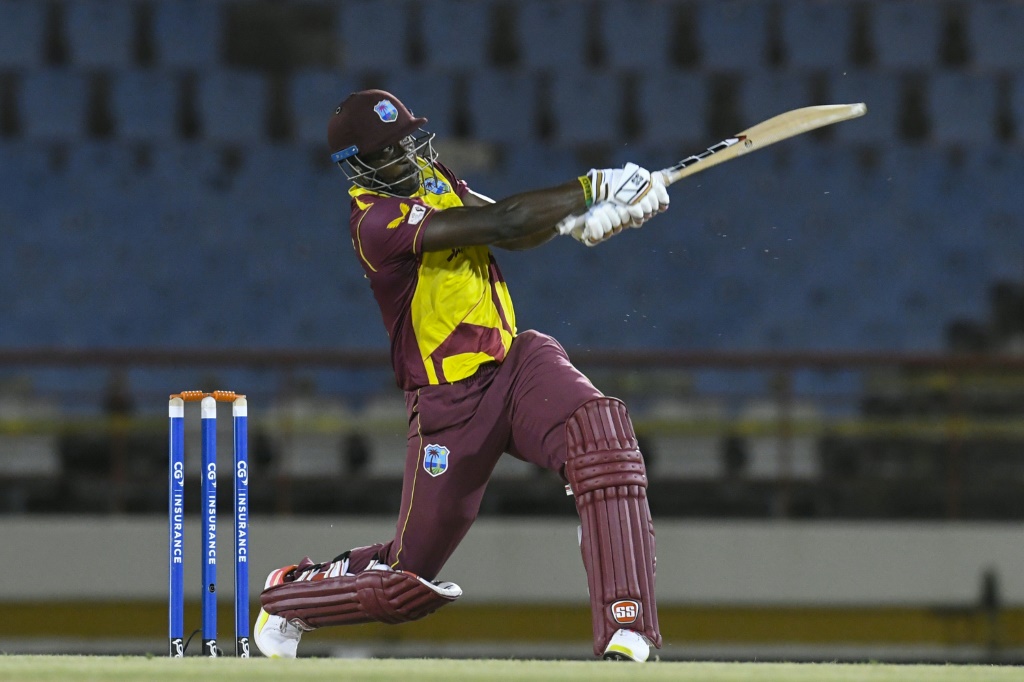 Reigning champions West Indies were still waiting on the fitness of all-rounder Andre Russell, a day ahead of their T20 World Cup opener against England in Dubai on Saturday.

Russell has been struggling with a hamstring injury suffered while playing for a Kolkata Knight Riders side led by England captain Eoin Morgan during the recent Indian Premier League.

The 33-year-old Russell did not bat or bowl in a seven-wicket warm-up loss to Pakistan on Monday but took 1-13 in two overs and scored 11 off 16 balls as the West Indies suffered a convincing 56-run loss to Afghanistan in their second and final practice match on Wednesday.

"He (Russell) played in that warm-up game a couple days ago, and it was just like a trial for him because he hadn't played a cricket match in about three weeks, three to four weeks," said West Indies captain Kieron Pollard on Friday.

"Let's see what transpires in this last (training) session."

West Indies beat England in a thrilling final when the tournament was last staged five years ago.

England were on the brink of victory only for Carlos Brathwaite to hit four sixes in a row off Ben Stokes in the last over in Kolkata to give West Indies the title.

Both all-rounders will be missing, however, from Saturday's match.

"In terms of having a bearing (on Saturday's match), I don't think so, but it's definitely going to be in the back of their (England's) minds," said Pollard.

"I thought what Carlos did in those four deliveries in that last over, it's unbelievable. It's something that as a team we actually saw last night, and it brought goosebumps back to us.

"For us to be in that situation and get over the line, it shows that sort of never-say-die attitude. We as a team, we look forward to trying to replicate winning the entire tournament, but those sort of moments sort of stick with us," added Pollard, who was confident the West Indies would "move on" from their poor warm-up form.