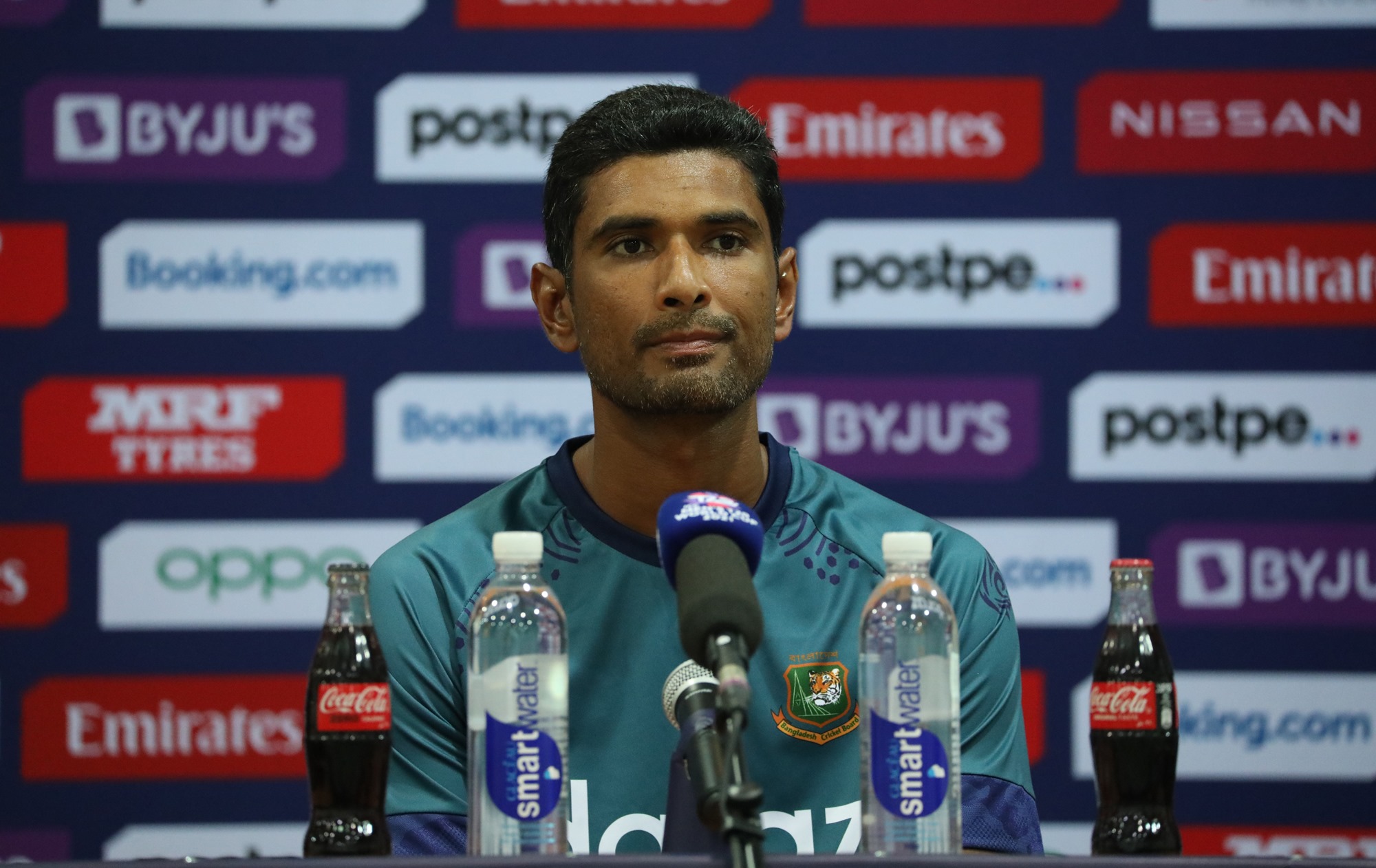 Mahmudullah, the Bangladesh T20 captain, stressed the significance of constructive criticism when the squad fails to perform. Bangladesh had entered the T20 World Cup as group favorites but after a six-wicket loss to ICC associate team Scotland, the Tigers had cornered from all over.

The team has received widespread criticism, particularly from Bangladesh Cricket Board head Nazmul Hasan and other powerful directors.

The T20 captain reacted today [Thursday] to the harsh criticism about the Bangladesh team following their defeat in the qualifying round opener against Scotland in Group B.

Bangladesh then have defeated Oman and Papua New Guinea in their next two games, confirming their place in the Super 12s stage of the tournament.

Mahmudullah at the press conference following the team's record 84-run triumph over PNG at Al Amerat Stadium and urged for more trust in the team and treating the players with respect.

“It is usual for me to behave firmly. We are also human and we can make mistakes. We represent the country and play for the country. We always think of the country’s expectation. I do not think anyone feels [the need of winning for the country] more than us. There will of course be criticism when we do not perform but one should not make us look low. We [the team] were hurt,” said Mahmudullah.

“Many questions were raised. Questions were raised on the strike rate of the three senior cricketers [Mahmudullah, Mushfiq and Shakib al Hasan]. It is not that we did not try and we have nothing to do more than trying. Everyone gave their 100%. We deserve criticism when do not deliver but we expect it to be healthy. That will benefit everyone.

“We wear the national jersey, so we do feel for the country. There are players playing with injuries and pain, having pain killers continuously. These are part of our daily life. No one actually knows what we deal with. So it is never right to question the team’s dedication."

Bangladesh have qualified for the tournament's main event after several changes over the past few days, but Mahmudullah says the atmosphere in the dressing room was always positive, despite the external pressure.

“I believe we are a bit satisfied now. The atmosphere in the team was positive [despite all the pressure] and every member of the team should be credited for this,” said Mahmudullah.