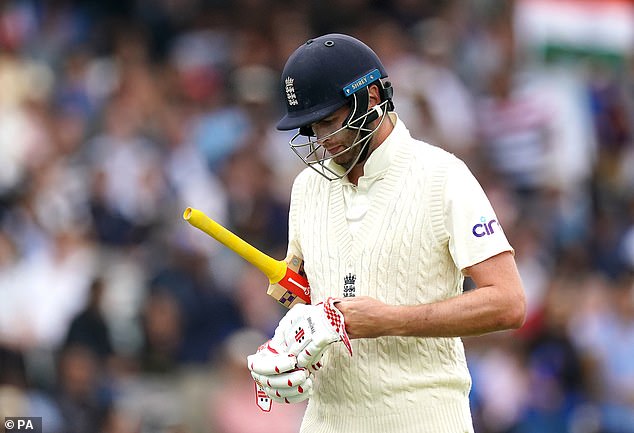 Dom Sibley has withdrawn from the England Lions tour of Australia, it was announced Thursday in a move that effectively ended the Warwickshire opener's hopes of being involved in the upcoming Ashes series.

An England and Wales Cricket Board statement said: "After much thought and consideration, Warwickshire batter Dom Sibley has made the decision not to tour Australia with the England Lions.

"Sibley has decided to spend the winter working on his batting at home in a bid to regain England selection."

But the 26-year-old was given a chance to revive his international career when called into the second-string Lions squad.

That 14-strong party will fly out with the senior England team on November 4 and provide warm-up opposition for Joe Root's men in the early stages of their quest to regain the Ashes during a five-Test series in Australia.

Sibley, however, who averages 28.94 in his England career but 19.77 since the start of 2021, has now decided to work on his game at home, with his place in the Lions squad taken by Yorkshire's Harry Brook.

But while Sibley will hope such a move helps him regain his Test place, he also runs the risk that the likes of Brook, Durham's Alex Lees and Rob Yates, his Warwickshire opening partner, will now rise above him in the thoughts of England coach and selection chief Chris Silverwood.

Brook's call-up into the Lions squad comes on the back of a breakthrough season that saw him named young player of the year by both the Professional Cricketers' Association and the Cricket Writers' Club.

The 22-year-old hit two hundreds and five fifties for Yorkshire in the first-class County Championship, as well as starring for Northern Superchargers in the inaugural edition of the Hundred.