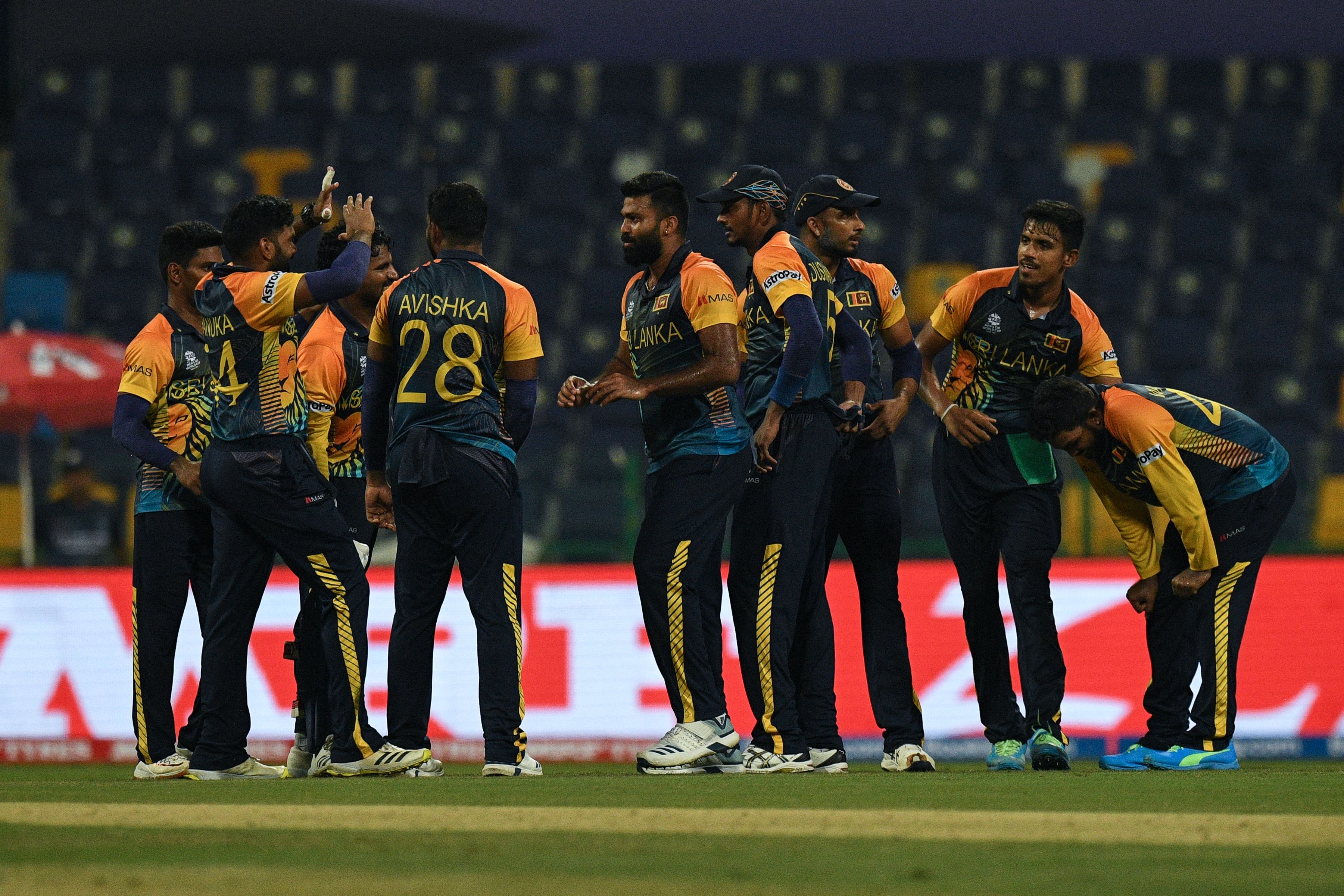 Wanindu Hasaranga and Pathum Nissanka hit half-centuries as Sri Lanka thrashed Ireland by 70 runs on Wednesday to reach the Super 12 stage of the Twenty20 World Cup.

Hasaranga, who smashed 71, and Nissanka, who made 61, put on a key stand of 123 to guide Sri Lanka to 171 for seven after being in trouble at 8-3 in the first round match in Abu Dhabi.

Sri Lanka's bowling attack, led by spinner Maheesh Theekshana who returned figures of 3-17, dismissed Ireland for 101 in 18.3 overs despite a valiant 41 from skipper Andy Balbirnie.

Hasaranga stood out with his maiden T20 international half-century and economical figures of 1-12 as Sri Lanka remained top of Group A with four points after their second successive win.

Put into bat, Sri Lanka stumbled to 8-3 in the second over before the pairing of Hasaranga and Nissanka set about the recovery.

Paul Stirling claimed the wicket of Kusal Perera for nought with the second ball of the innings and Josh Little took two in two the following over to remove Dinesh Chandimal and Avishka Fernando.

Hasaranga, an all-rounder who bowls leg spin, took the attack to the opposition with four straight boundaries off spinner Simi Singh to lay the foundation for Sri Lanka's challenging total.

He reached his fifty in 38 balls and kept up the charge to punish the Ireland bowlers, blasting a towering six before falling to Mark Adair.

Nissanka was equally efficient and also recorded his first fifty in the shortest international format as he hit six fours and one six in his 47-ball knock.

Little returned impressive figures of 4-23 -- his T20 best -- including Nissanka's wicket from his four overs of left-arm pace.

Adair claimed his 50th T20I wicket before Sri Lanka skipper Dasun Shanaka finished the innings with a six and a four in his unbeaten 21 off 11 balls.

Earlier in the day, Namibia beat the Netherlands, who have lost both their matches, to keep their Super 12s hopes alive along with Ireland.