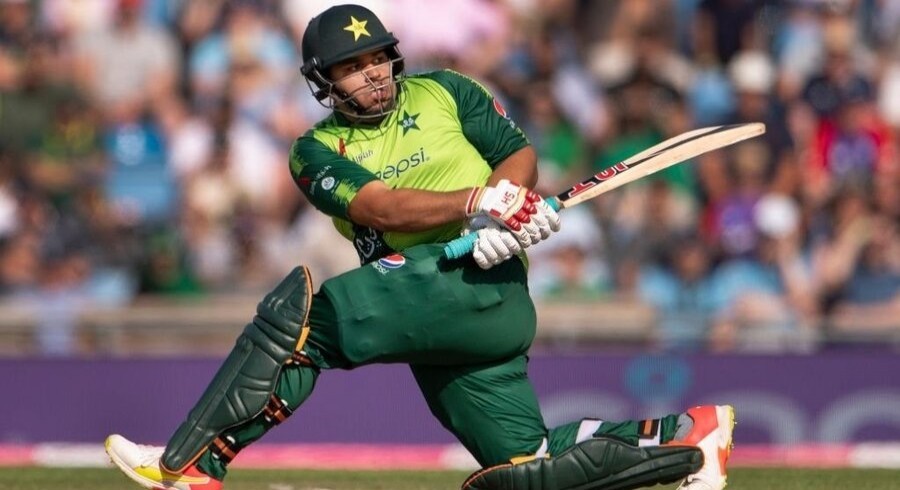 Azam Khan, Pakistan's teenage wicketkeeper-batsman, is disappointed by the body-shaming, but it encourages him to improve his fitness.

After making his debut against England in July of this year, the right-hander has played three T20I matches for Pakistan.

“I think it does sometimes but now I’m like, ‘Let It be, whoever wants to talk they can talk behind my back. I’m just going to work on myself.’ It’s a slow process, there can’t be a miracle working on it. I’ve been given a fitness coach. It’s sad that people judge you on your body but it gives me more motivation to be better every day,” Azam told the Cricket Badger Podcast.

Azam, who is son of former Pakistan wicketkeeper Moin Khan, also brushed aside the accusations of nepotism that are sometimes held against him.

“I’m the son of a legendary cricketer, but the people think that I got into the team because of my dad, it’s wrong, there’s certain performance criteria. I’m working harder now to try and maintain my place in the team because it’s easy to play international cricket but if you want to stay there you must work every single day,” he said.

After a lackluster performance in the National T20 Cup, Azam was replaced by former captain Sarfaraz Ahmed in Pakistan's T20 World Cup squad.

“It was quite sad for me, but life goes on. I think it’s not the last [chance to play at a] World Cup. The hunger is still there and I’m looking forward to the next World Cup. [I’m] working hard to maintain my place in the team but it’s all about looking at yourself in the mirror and asking who you are and what are you doing. It’s all about judging yourself first. But it was quite painful not to get into the final 15, even though I was initially selected before, but it happened at the last moment which was quite heart-breaking” he added.