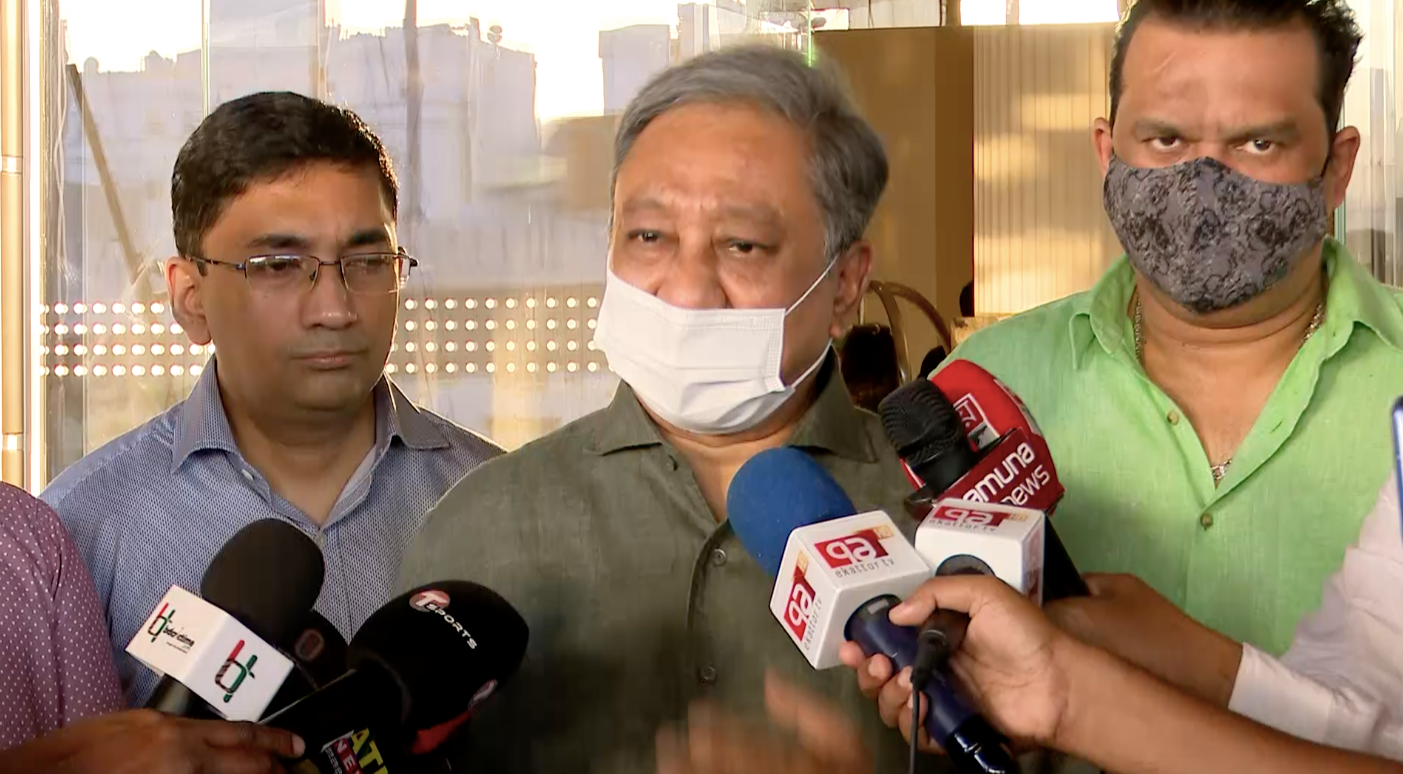 Bangladesh's devastating loss to Scotland has put them in a difficult position to qualify for the T20 World Cup's super 12 stage. Bangladesh Cricket Board (BCB) president Nazmul Hasan Papon looked dejected and frustrated.

Chris Greaves starred with bat and ball as Scotland shocked Bangladesh with a six-run win in Muscat on Sunday.

"I never thought we could lose the match against Scotland. We lost the practice match with Sri Lanka, we lost with Ireland. But even then we did not have our four regular players. There was no Tamim, he is not in the World Cup. No Shakib, no Riyad for injury, no Mustafiz. This can happen if three or four regular players of a team do not play. But yesterday was not the problem. Yesterday we had the full team. It never occurred to me that we would lose this match with the full team" said to media in Oman Monday.

BCB boss has blamed the batting approach of the team and bowling at death overs. In particular, he questioned the slow batting of three seniors Shakib Al Hasan, Mushfiqur Rahim and Mahmudullah Riyad.

"The team can lose. But the approach should be fine. The approach and the attitude last night were by no means right. The first 6 overs are advantageous. So it is normal that wickets would fall when you try to hit. But after two wickets, the way the batters batted, including Shakib, Mushfiqur, Mahmudullah leaving out the first two, we lost the match there. If we play like this, we will not be able to chase the World Cup,”

"The batting approach needs to change. Shakib, Mushfiqur, Mahmudullah are our best batsmen. They are ought to finish the match. And if you have to pick someone up from below, bring them. And if the seniors want to play up in the order, they have to play with risk. But it would not be right to waste the ball without taking a risk and to take it to a situation from which there is no way back. It doesn't matter who scored how many runs” he added.