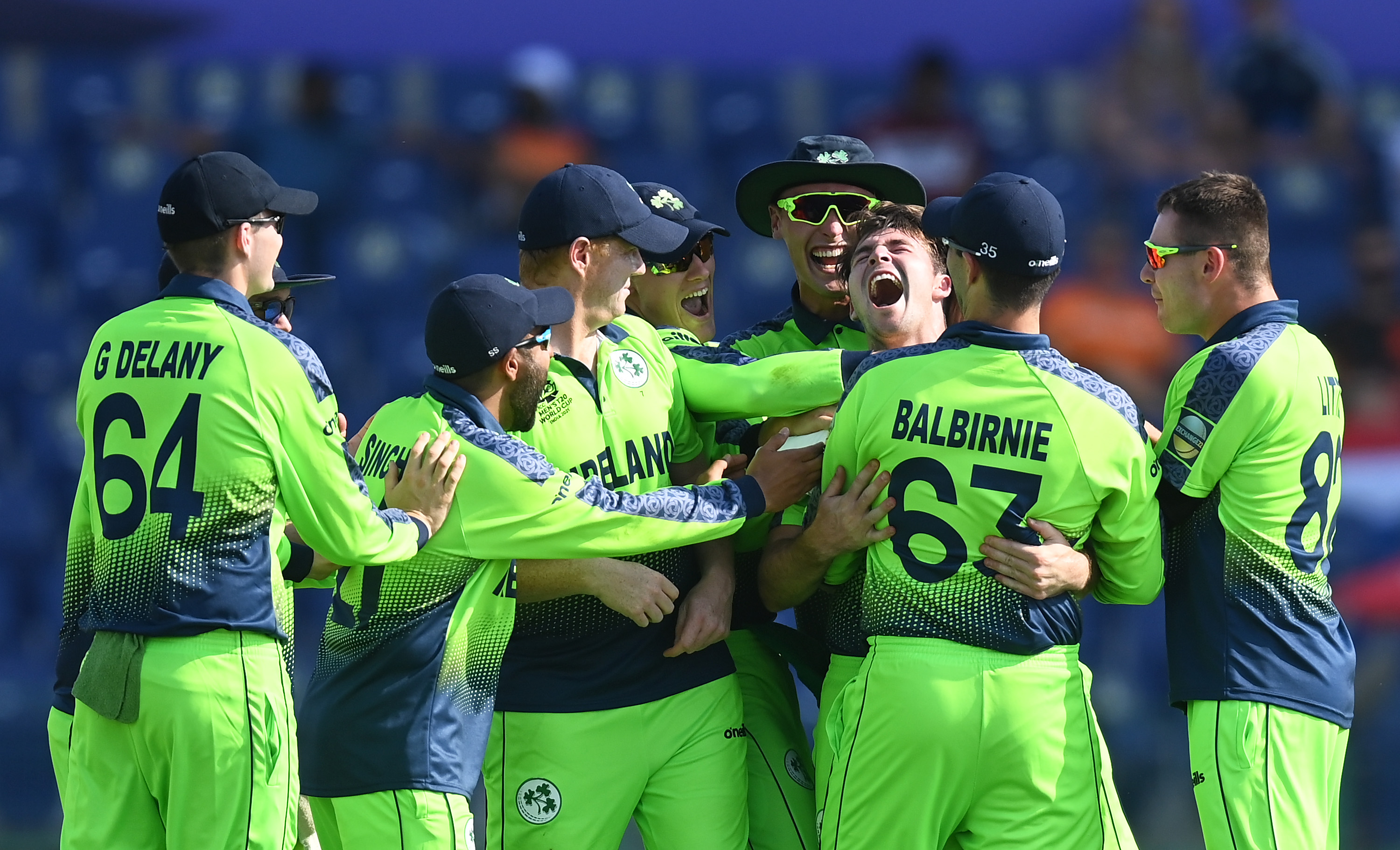 Fast bowler Curtis Campher took four wickets in four balls to help Ireland thrash Netherlands by seven wickets in a first round match of the Twenty20 World Cup on Monday.

Campher took a hat-trick and then struck again to return figures of 4-26 as Netherlands were dismissed for 106 in the Group A opener in Abu Dhabi.

In reply, Ireland lost two early wickets but veteran opener Paul Stirling, who made an unbeaten 30, and Gareth Delany, who scored 44, put on 59 runs for the third wicket to ease into their chase.

Ireland achieved their target with 4.5 overs to spare as Campher hit the winning runs for his team's first win over the Netherlands in a World Cup.

Campher sent back Colin Ackermann (11), Ryan ten Doeschate (0) and Scott Edwards (0) for a hat-trick and then bowled Roelof van der Merwe (0) in a sensational over.

The Johannesburg-born Campher is also just the second player with a hat-trick in the men's T20 World Cup after Australia fast bowler Brett Lee, who achieved the feat against Bangladesh in the inaugural edition in 2007.

Campher, 22, had a T20 best of 3-19 from his previous four matches since making his debut in August against Zimbabwe in Dublin.

He switched ends in the match on Monday and got instant success after Ireland reviewed a caught behind for Ackermann with the ultra edge technology showing a spike when the ball passed the batsman's gloves.

Technology helped Campher once again on the hat-trick ball when Edwards was given not out for an lbw call by the on-field official but replays suggested the ball would have hit the leg stump.

Skipper Pieter Seelaar scored 21 to take Netherlands past the 100-run mark before quick bowler Mark Adair ran through the tail to return impressive figures of 3-9 -- Ireland's most economical bowling ever in T20 World Cup.

Sri Lanka, the 2014 champions, face Namibia later Monday in the second fixture in Group A.