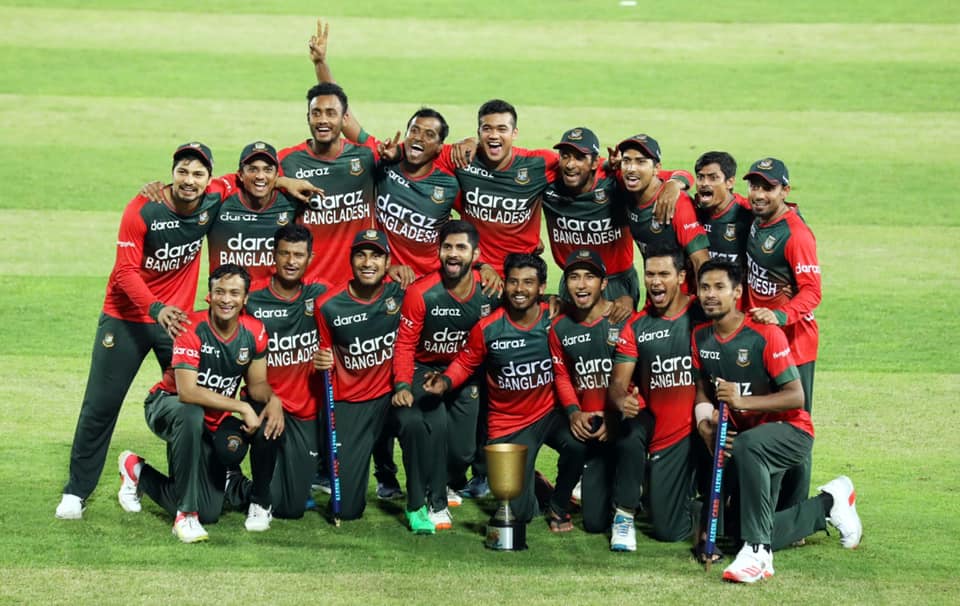 Bangladesh are no longer tag lined as the underdogs in the of world of cricket. The Tigers have improved their performance in all three formats of the game throughout the years. Their recent success in the T20 format has seen them rise to sixth in the rankings.

Eventually, they will start as the favorite in Group B in the qualifying round as they open their T20 World Cup campaign against Scotland on Sunday.

Bangladesh cricket team will breed confidence with nine T20I wins in the year. Bangladesh have been unstoppable in T20Is since March, registering series wins over Zimbabwe (2-1), Australia (4-1) and New Zealand (3-2).

If they manage to qualify, Bangladesh will join India, Afghanistan, New Zealand, Pakistan and the Group topper in the Super 12 and that should be incentive enough for Bangladesh.

Bangladesh have just one victory at the tournament since 2007 but with a world ranking of six, will be heavily fancied to make the second round.

The expansion of the main draw to 12 teams means there's an extra quay for each the participants in the First-Round groups, but the margin for error remains slim as even a single loss could leave a team dependent on neutral results and net run rate to get them through.

Bangladesh will not be unfamiliar with such considerations, having just scraped past Nepal on net run rate in 2014 after losing to Hong Kong, and while two years later an 8-run win over the Dutch proved enough, things might have turned out very differently had the rain chosen different days to fall.

The Tigers have made slow yet steady progress since the heartbreak of 2016 where they crashed out in after a devastating loss to India.

However, with a mix of youth and experience, Bangladesh have all the elements to go deep into the tournament.

Skipper Mahmudullah is a seasoned campaigner, while the likes of all-rounder Shakib Al Hasan, coming off some good performances for KKR in the just-concluded IPL, Mushfiqur Rahim, Soumya Sarkar and pacer Mustafizur Rahman are the key players for Bangladesh.

Experienced opening batter Tamim Iqbal made himself unavailable for selection to make way for others. Liton Das, Naim Sheikh, Shakib, Mushfiqur and the captain himself to take the charge of the batting unit.

Mustafizur will lead the bowling attack that also has Shamim Hossain, Shoriful Islam and spinner Nasum Ahmed apart from Shakib

The seventh T20 World Cup gets underway in Oman and the UAE on Sunday. The Tigers will face Oman and Papua New Guinea on October 19 and 21 respectively.