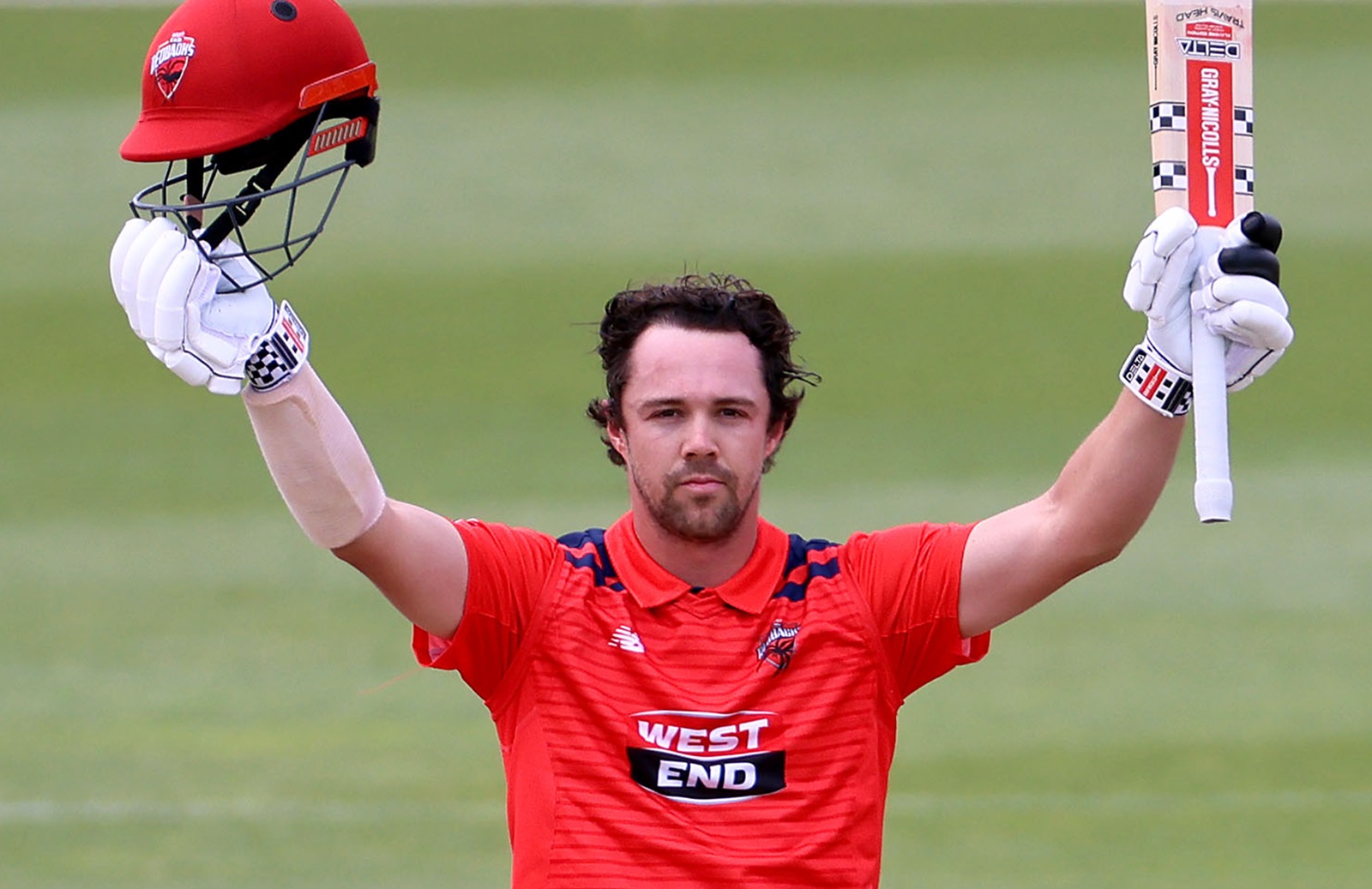 As the left-hander continues his push for an Ashes recall, Travis Head achieved the fastest century by a South Australian while also becoming the first Australian to reach two double centuries in List A cricket.

After the early loss of Alex Carey (12), the 27-year-old stepped to the plate in the fourth over and looked in superb touch from the first ball.

He brought up three digits in the 50-over encounter with a spectacular pull shot over the ropes at the Karen Rolton Oval in Adelaide, only weeks after scoring 163 in his second Shield match of the season against Western Australia.

He scored his century in just 65 deliveries, including 28 boundaries and eight sixes.

After failing to put away a full toss from Michael Neser, Head eventually dropped for 230 when he found Marnus Labuschagne in the deep. The highest List A score belongs to Darcy Short (257).

Astute cricket observer and former Australian leg-spinner Kerry O'Keeffe joked that Head was the "left-handed Bradman" because of the brilliance and timing of his double-century.

The left-handed Head scored 202 against Western Australia in Sydney six years ago and this innings is the ninth List A hundred of his career.

WI struggle after Head and Labuschagne heroics for Australia

Labuschagne bettered only by Bradman in another Test feat